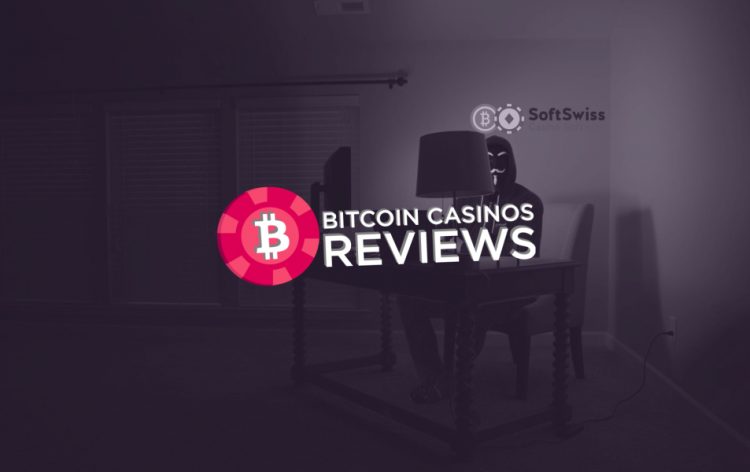 One of our websites in a completely different niche from online casinos was recently contacted by a person with an email handle belonging to SoftSwiss. The email turned out to be a threat from what it apparently seemed as a SoftSwiss employee. This person was demanding money in exchange for NOT hacking our personal data.

Knowing what type of company SoftSwiss is and how they operate globally, naturally had us quickly switch from confusion to laughter. However, this is no laughing matter. Some websites in niches outside of gambling may have never heard of SoftSwiss and could take the threat seriously and cave in without doing any additional research.

To any webmaster or affiliate company, below is a picture depicting the email received: 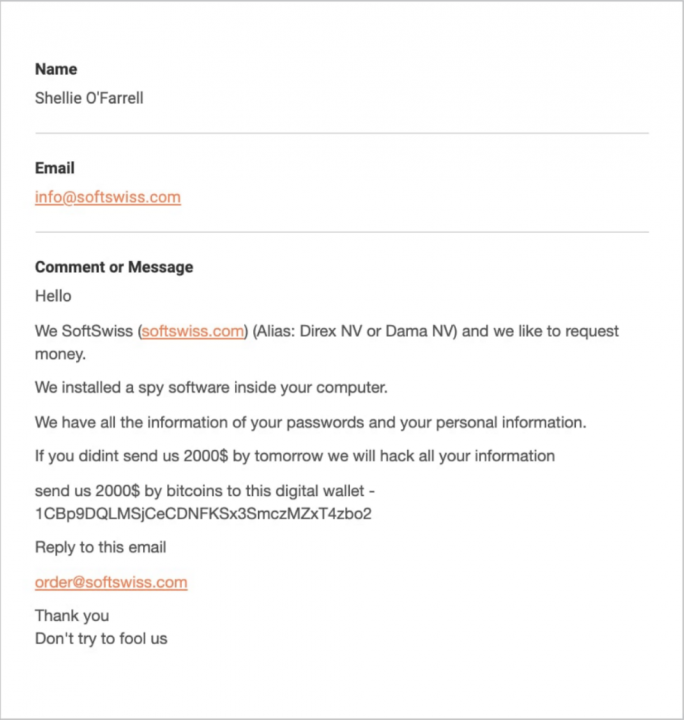 For safety’s sake, we would like to very clearly outline that SoftSwiss is not a fraudulent corporation threatening small websites with “hacking” to make its money. No, it is an honest and trusted brand in the iGaming industry, which is why we recommend you delete this email or not pay any attention to it should you receive it.

But in all honesty, it’s quite easy to spot that it’s a scam email. Starting from the broken English to the very simple gesture of Googling the name and finding one of the world’s largest iGaming companies. It may be surprising to these fraudsters but it’s common sense that established and regulated companies don’t threaten random individuals with ransomware demanding $2000 in Bitcoins. This is a very important part as Bitcoin, although popular in many online trends including gambling is also sometimes the primary weapon for fraudsters. It’s an ideal currency to hide behind and clear all traces of who was the recipient of the transaction.

As ridiculous as this attempt at “hacking” somebody is, it’s still hard to understand why, of all companies, the fraudsters chose SoftSwiss, a relatively well-known brand in a significantly large industry to millions of people. Why alienate gamblers completely and not just come up with a fictional company that nobody has heard of?

The idea may have been to intimidate some people by having “software” in the name of the company, but then why even provide “aliases” like Dama N.V.

This might sound like a lot of detective work but there are still a lot of questions that need answering. Is this an actual attempt to defraud people of their funds? Is it a very late April fool’s joke? Or is it an attempt to defame SoftSwiss?

Well, regardless of what it is, we can definitely say that it fell flat on its face. An ominous email demanding money with the threat of “hacking” your personal information is a daily occurrence in the 21st century. Everybody knows full well not to pay any attention to these charlatans, especially when they’re posing as one of the most “Googlable” companies in the world. And besides, SoftSwiss grossed over 4 billion euros on bets made on its platform in March 2021 alone, scamming random websites for $2000 does not really get you to that point.

BitcoinCasinosReviews has already reached out to SoftSwiss and notified them about this misuse of their brand name. An official statement should soon be published by the tech giant itself.