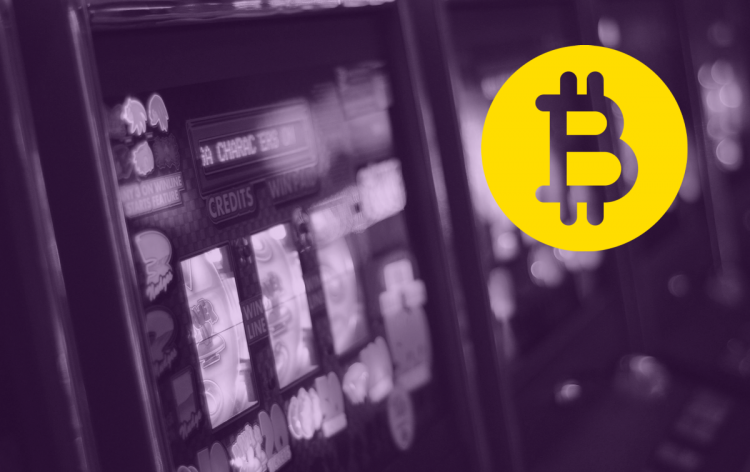 Cascading Reels, as time goes by, becomes more and more popular with online casino gamblers. It refers to a type of video slot machine. It looks like a traditional Tetris and has many similarities with the mentioned retro video game. While playing cascading reels slots different kinds of animations and symbols appear on the screen. After receiving the specific combination the certain symbols disappear and are replaced by the new animations.  These new symbols drop into view and give gamblers the opportunity to win through the new combinations. Cascading Reels offers gamblers a bunch of animations and combinations, so it is frequently attractive for people, who like diversity in gaming. With the development in video game graphics, more and more game developers tend to use this benefit for their improvement and make cascading reels more suited and charming for gamblers. Cascading Reels’ interfaces, as well bonuses and characterizing features, differs by the developer company.

Long story short, let’s see what are the top 5 Cascading Reel slots to play and what are their main features and advances, who are their developers, what are their number of reels, pay-lines, RTP, and whether they offer gamblers bonus games or not. 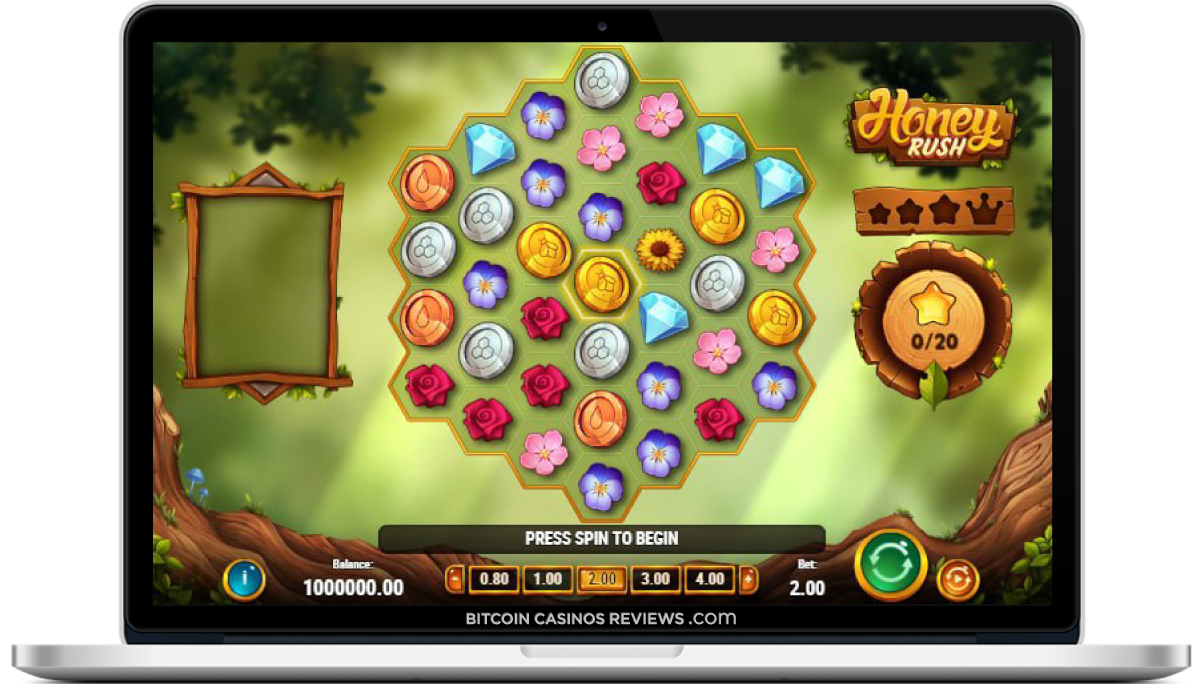 Honey Rush is one of the popular cascading reels slots games. Its developer is Play’n Go, which provides gamblers with various and unique features in online slots games. Honey Rush to some extent looks like Candy Crush, however in contrast with it, Honey Rush has a high volatility slot with plenty of thrills. Honey Rush has a honeycomb shape, where there are lots of symbols, like diamonds, bronze, gold, silver coins, flowers, and so on. The cluster of certain symbols leads players to win.

After having a winning cluster, gamblers are awarded for having it, and then the new symbols are coming down on the screen. Honey Rush provides gamblers with different types of colonies and as the colony features are improved the chance of earning a lot of money increases.

So, if you are interested in playing the aforementioned slots, you can have additional information about its features below. 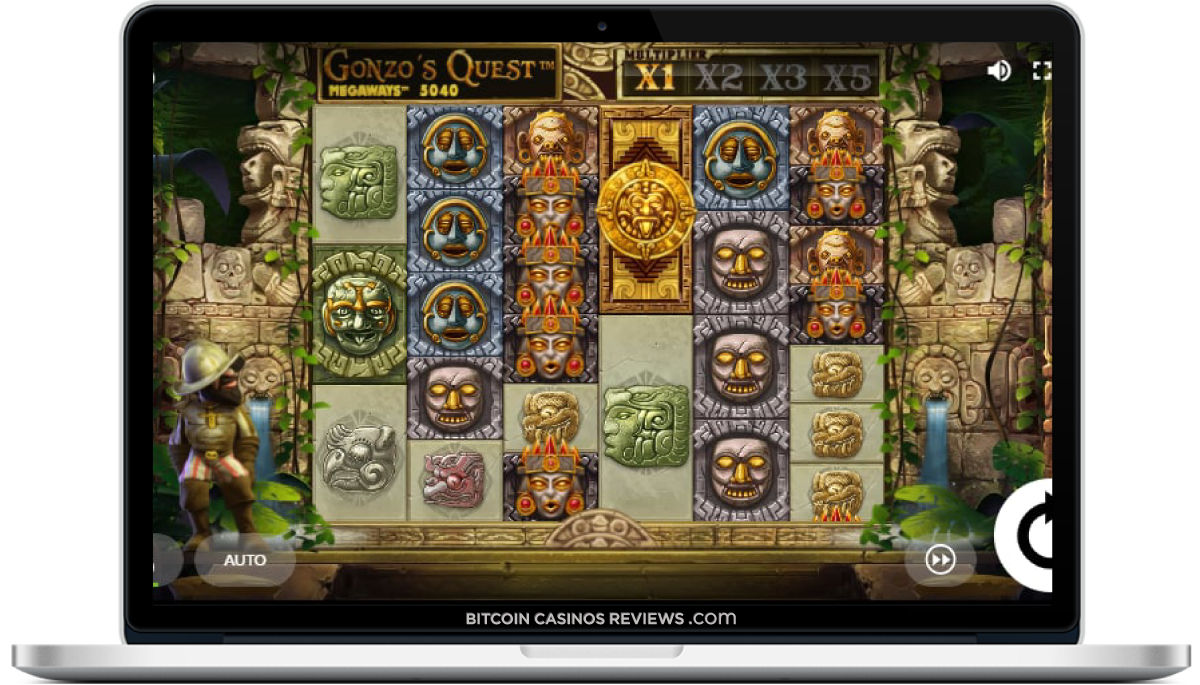 Gonzo’s Quest suggests to gamblers 3D animations of the conquistador, who is extremely interested in exploring El Dorado. This game was released in 2010 and was developed by NetEnt. This game immerses players into the fun theme, where the main actor is a conquistador. The symbols which appear on the screen are Mayan-styled symbols.

Play This Slot on TrueFlip!

As it’s typical of cascading reels slots, it allows gamblers to shot multiple wins on each spin. This feature supports them with a big amount of payouts through the increasing multipliers. Gonzo’s Quest has 20 pay lines, which are permanently enabled. What’s more, it permits gamblers to get involved in the bonus game and raise their earnings. 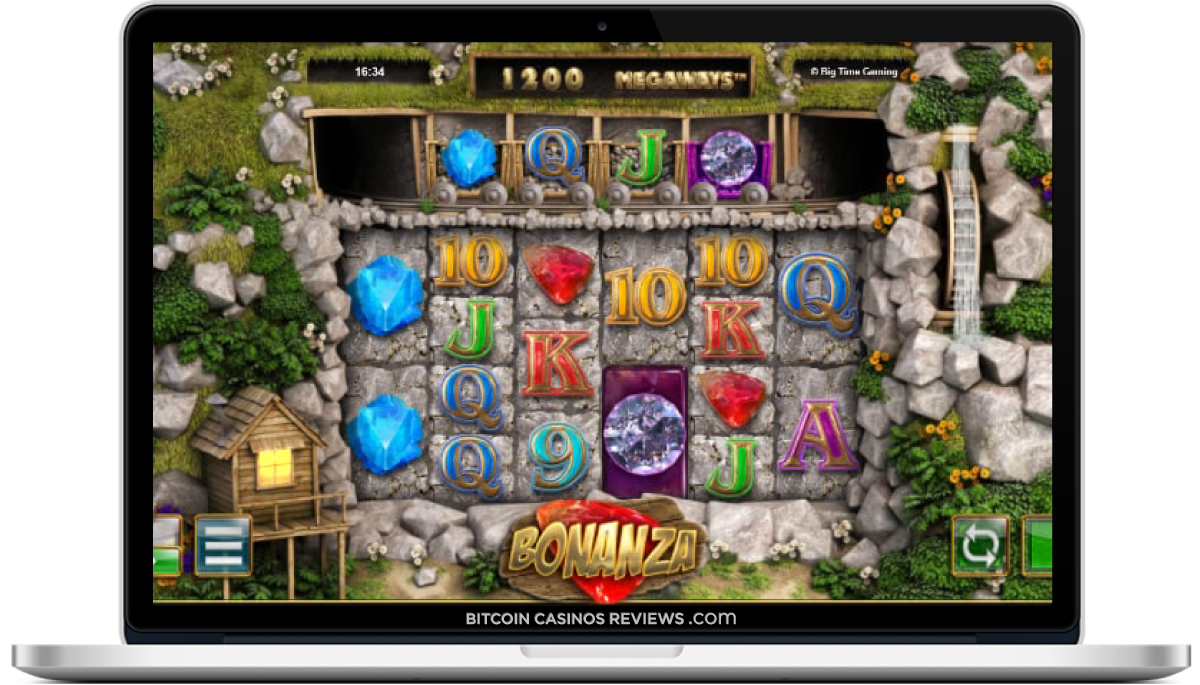 Bonanza slot is one of the most famous slots, consisting of the 6 reel slot and developed by Big Time Gaming. This slot offers gamblers up to 117 000 winning combinations. Bonanza has a mining theme with the background of waterfalls. On the screen, gamblers will see symbols such as A, K, Q, J, 10, and 9.

Whats’ more there are some gemstones, which have dissimilar colors. Among them, the purple gemstone is the highest paying symbol. Seeing 7 similar symbols on the reel means that gamblers can get maximized benefit.  Winning combinations are defined by the same symbols appearing on the screen.

For the extra information, you can see the table below, which provides you with useful features of the Bonanza slots.

Jammin Jars is a slot that is developed by Push Gaming. It is a collapsing reel, which consists of six different paying symbols. Each of the fruit symbols, represented as a bunch of colorful and juicy ones, has a different paying index.  The game offers gamblers a range of bet sizes between €0.20 and €100.

Play This Slot on 7bit!

In addition, the slot has a wild symbol named Jammin’ Jar, which increases the chance of winning. After getting 3 Jammin’ Jars gamblers have the opportunity to get involved in the bonus game, which gives players an additional chance of earning money. What’s more, the game provides gamblers with further Rainbow Feature, which, permits players to pile up a nice win.

Below you can find some extra information about Jammin Jars’ specifics. 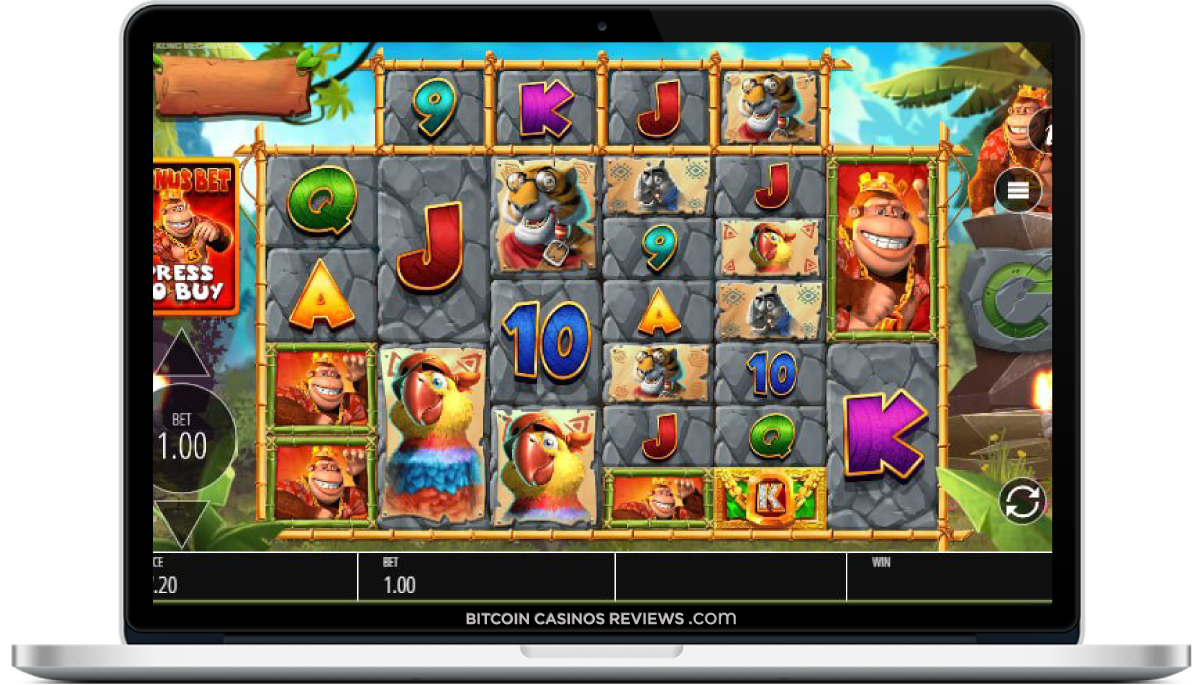 The Return of Kong is a slot developed by Blueprint Gaming. It has 6 reels and suggests to gamblers more than 117 649 ways to win. It has cartoon-styled and colorful graphics, which makes the game more attractive for gamblers and easy to percept. The main symbols which are represented in the game are A, K, Q, J, 10, and 9. Return of Kong, besides, offers gamblers a Mystery Kong feature, which guarantees additional 100 mystery symbols adding up at the reels and increases the chance of getting winning combinations.

Play This Slot on TrueFlip!

After getting winning combinations the symbols disappear from the screen and new symbols are appearing, which are extra chances of money earnings. Furthermore, Return of Kong has the symbol of Golden Monkeys. Collecting 3 of them at the same time, give gamblers additional bonuses and 2 more free spins, as well.

Here’s another table of supplemental information, from which you can get everything you should know about Return of Kong slots.