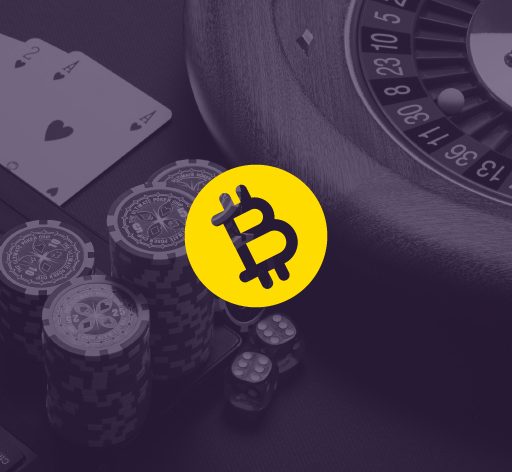 Once in a while, a technology appears, that disrupts the entire established market, and creates entirely new industries and fields built around itself. Bitcoin has had a profound effect on the world, and 2021 marks a special occasion – a 10 year anniversary of the crypto gambling industry. To celebrate this occasion, we at BitcoinCasinosReviews have taken upon ourselves to track the development of this exciting field, and illustrate every major development, that has brought the industry to this day.

We have spent a great deal of effort on creating this Infographic, and are more than happy to share it with you. You are free to share and republish it, using the code below:

Bitcoin is undoubtedly one of the most significant innovations of the century, the full potential and applications of which are yet to be seen. The history of bitcoin kicked off in 2008, when it was unveiled by its alleged creator – Satoshi Nakomoto. Fast forward a decade, and crypto and blockchain industries are rocking the world, finding their way into the majority of industries around us – naturally, the casino industry was no exception, and crypto gambling has been making serious advancements in recent years.

The history of crypto gambling kicked off soon after bitcoin came to the scene, when in August 2011, cryptocurrency was incorporated into online gambling for the very first time, by a poker gambling website – switchpoker.com. This was the first opportunity for players to partake in Bitcoin Poker games, with all the payments on the platform being made in bitcoin.

About a year later, the industry got another addition in the form of Satoshi Dice – a project by Erik Voorhees, focusing around Bitcoin Dice. The website was launched in April 2012, and soon after its launch, Satoshi Dice accounted for half of all bitcoin transactions. A year after its launch, in 2013, Satoshi Dice was sold to an undisclosed party for a sum of 126,315 Bitcoin, which, at the time, was equivalent to $11,500,000 USD.

As the market continued to grow, so did the interest from the population as a while, and in June 2013, a new player came to the market, with a rather unusual start, being the first crowdfunded casino, this was the beginning of Just Dice. Gaining popularity quickly, and becoming a competitor to Satoshi Dice, the platform was deal a serious blow, when it lost 1,300 Bitcoin due to a human error. This was a significant development at the time, as it demonstrated the weakness of security measures in place in the field of crypto gambling.

Regulations have always been a touchy subject in the industry. While 2016 was market by the first wide-spread effort to regulate the market, the first case of a licensed bitcoin casino emerged as early as February 2014, with Bitcasino.io becoming the first bitcoin casino to be licensed by the Curacao Gambling Licensing Authority.

2014 as a whole was a year of significant development for crypto casinos. In August of that year, Crypto-Games became the first casino to feature alt coins on their platform, which was an unprecedented move in an industry entirely dominated by Bitcoin. This set a new bar for crypto casinos, and today, alt coins are an integral part of crypto gambling industry as a whole.

A month later, in September 2014, one of the biggest names in the industry today – Fortunejack, was founded. Being one of the most innovative casinos on the market, it didn’t take long for it to gain popularity with gamblers and gain a solid reputation, which perseveres to this day.

As the unregulated industry continued to rapidly expand, so did the risks associated with the technology, and inevitably, the lawmakers have grown incredibly concerned, leading to them taking action. In July 2015, the UK government issued an official warning to its citizens, against bitcoin gambling. This coincided with a general trend of governments issuing warning and restrictions on crypto activities in general.

A year later, however, as online casinos started adopting bitcoin in record numbers, the UK government made a u-turn on their harsh approach to crypto gambling, and in August 2016, following the implementation of stricter money laundering procedures, accepted Bitcoin as a valid payment method for operators licensed by it. Following this, the first, UK licensed casino operator – NetBet, emerged on the market.

As 2017 rolled in, it was market by one of the most significant developments in the industry, when an exclusive partnership was formed between Softswiss – one of the largest gambling software on the market, and Belatra games – an online games and jackpot systems producer.

In September 2017, crypto gambling industry got faced with an obstacle like never before – Chinese government introduced a ban on cryptocurrency exchanges, leading to difficulties for gamblers when retrieving their funds, and making transaction as a whole a lot more difficult. As a result, crypto casinos have lost a huge part of their market.

2018 was market by a wave of crypto gambling ICOs, with some of the notable ones including Virtue Poker – a P2P decentralised platform using Ethereum, that launched in April; Ligercoin – a crypto based on Ethereum driven platform, and Trabet – a unique, decentrilzed, self-regulated P2P digital currency, both launching in June; and Dipitto – a payment solution for the gambling and payment industries, launching in July.

Yet the most notable development, that marked the end of 2018, was an infamous Crypto Winter, during which the price of Bitcoin crashed to $3,194.96, following its steady increase over the year.

In the aftermath of Crypto Winter, the industry was steadily regaining some foothold, with such notable additions to the market, such as ReadyPlayGo – a fully regulated gaming platform, in February 2019 and Winsshi – world’s first decentralized  gaming platform with revenue sharing model, in August 2020.

Using the momentum, in December 2020, SoftSwiss have expanded into India, an emerging market for crypto gambling.

As the new year of 2021 has rolled in, bitcoin has once again has started its stellar rise, and soon after BitcoinCasinosReview was launched, and IGT filed a patent for crypto transfers to gaming accounts, bitcoin reached its highest price point to date, and peaked at $40,519.45 on January 9th, 2021.