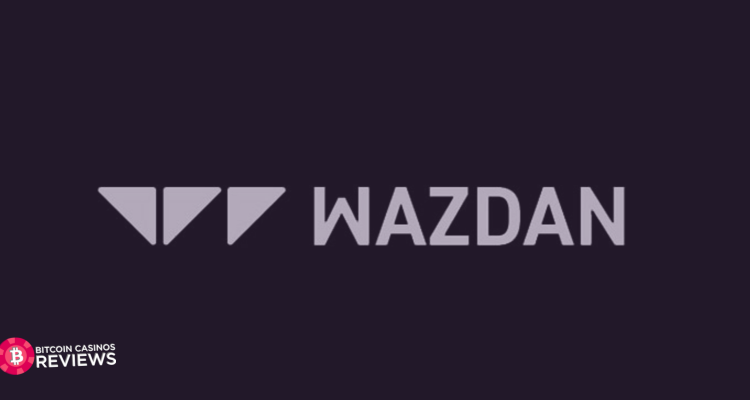 Wazdan is one of the leading software provider companies which has gained the trust of players because of its creative content and attitude to its users. The company was founded in 2010 by people who are passionate about gaming. Wazdan has been creating platforms and games for more than ten years now and they are constantly growing and developing. During these years the company has developed more than 130 games and each of them has special content and unique features.

Wazdan has been nominated in several gaming awards and they have recently celebrated seven nominations at Malta iGaming Excellence Awards. Given the circumstances, it will not be surprising if we say that the company is already very popular with players all around the world. In this Wazdan review, we are going to talk about top games developed by this company, what makes them so unique and where can you play them.

Wazdan’s portfolio has a wide choice of classical and brand new video slots with high-quality graphics and entertaining unique features, plus popular table games. All of them has an individual theme which makes the playing process even more enjoyable. They have already produced more than 130 games and continue to expand the list of their slots. The case is very complicated when it comes to choosing the best games developed by Wazdan because every game is equally interesting and satisfying but today we will talk about the most popular games of the developer which are found most suitable for the majority of gamblers.

Sun of Fortune is a video slot developed by Wazdan and released in April of 2021. RTP of the game is 96.15% which means that you are able to win 96.15% of the total bet at some point. The maximum bet of Sun of Fortune is 100 while the minimum is 0.1 which makes the slot available for players with any budget. Once you start playing, you will see a board with four reels and 4 rows and the background of Chinese ornaments. The game comes with eight regular and two special symbols and a generous paytable.

The lower symbols are cards from Jack to Ace which are decorated with sakura flowers, and the higher ones are statues with Chinese aesthetics. There also is a wild symbol with the gold coin on it which can substitute any symbol in a winning combination except the bonus symbol. The bonus symbol is six shining suns and if you get three or more of these symbols on the reels it will activate the Hold the Jackpot Bonus. At the beginning of the bonus round, three respins are awarded and each bonus symbol resets the free spin numbers back to three.

During the Hold the Jackpot bonus, all bonus symbols are stick to the reels and help you win the maximum amount of coins. Because of impressive visuals and special features, Sun of Fortune is a favorite slot for many people. 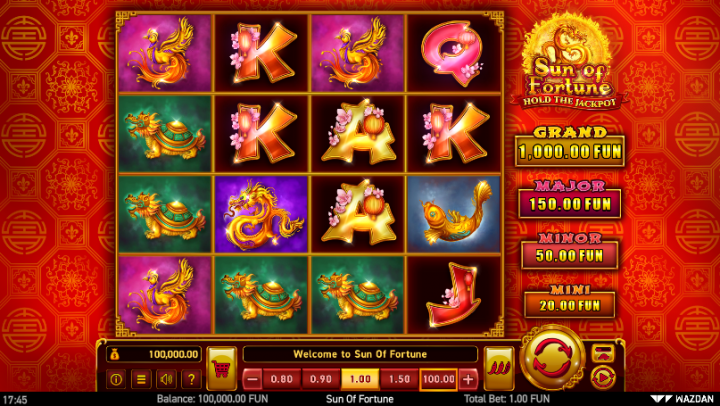 Clover Lady is another great slot developed by Wazdan and it has quickly gained popularity with players. Once you start playing, you will find yourself in the middle of the magical forest surrounded by green trees, mushrooms, and flowers. The game has a classical playing boar with five reels and three rows and there is a wolf next to it.

The game comes with eight ordinary symbols and three special symbols. The ordinary ones are the cards from Jack to Ace and fruit-shaped gems. The special symbols are the dire wolf which multiplies the win by 1.5x, the lucky clover which is a wild symbol which besides replacing all symbols except for the bonus, and a dire wolf pays the highest amount of coins if you are lucky enough to get the winning combination with them, and the clover lady which activates the special bonus feature – the Clover Jackpot Bonus. 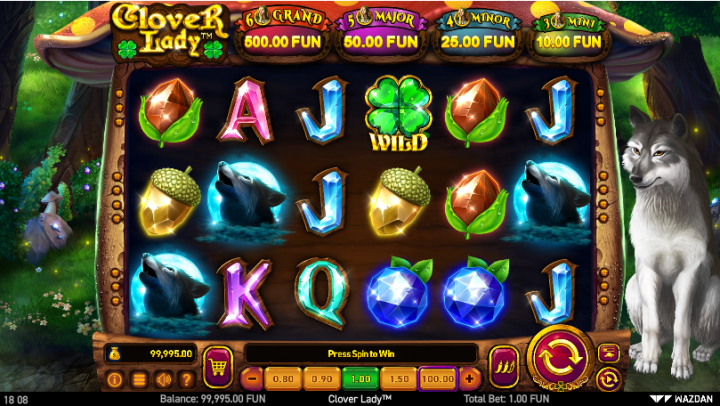 Unicorn is a favorite magical creature for many people and it is not surprising that the game became instantly popular when it was released in January of 2021. Unicorn reels has the background of a magical forest just like Clover Lady. Tall trees and fireflies create a calm atmosphere and make you want to play more and more. The wooden board which is covered in plants has five reels and three rows like most of the classical slots.

The game comes with ten ordinary symbols and two special symbols and ten pay lines. Most of the ordinary symbols are shiny crystals in different shapes and colors. The special symbols of the game are clover, which is a wild card, and besides substituting almost any symbol in winning combinations pays the highest amount of the coins if you win with them, and a galaxy ball which is a scatter symbol and pays the win if you get three or more of these symbols anywhere on the reels. Besides these symbols, the game has one more unique card, a unicorn that activates Unicorn Jackpot Bonus if you get at least five of these symbols on the reels. 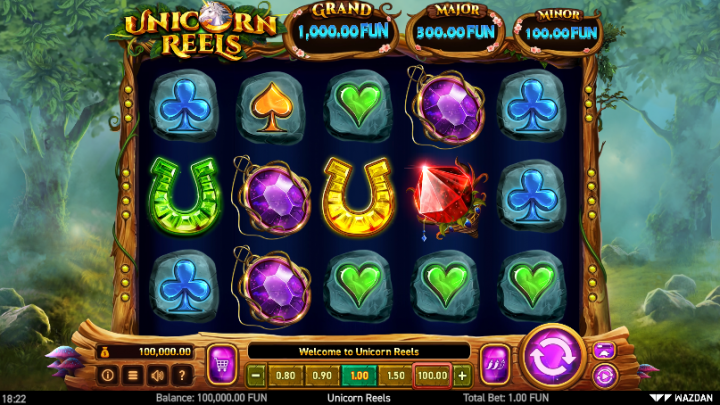 Wazdan games are special for many reasons, for instance, their magical and interesting visuals, cool audio effects, and entertaining environment, but in our opinion, the main reason why their slots became so popular is the unique features. All of the games developed by Wazdan have a wild card that can replace almost any other symbol in a winning combination, a scatter symbol that pays a very high number of coins if you are lucky enough to win with them, and a special symbol that activates an individual Jackpot Bonus of the games. Every bonus is different from bonus rounds of other games and raises your chances to win a big money to the maximum level. 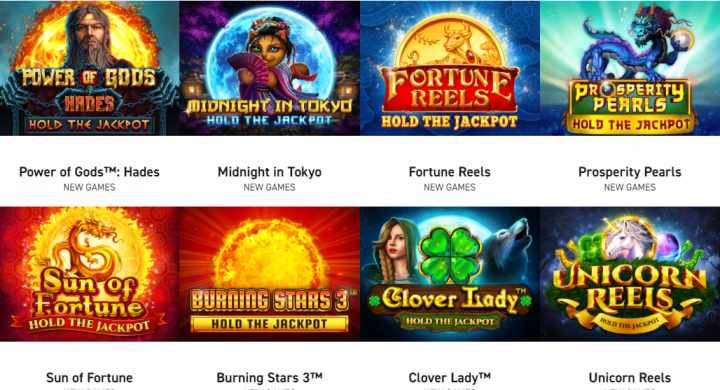 Where can I play Wazdan games?

Wazdan games are available on many casino websites but the most clever way to choose the right casino is to do it according to the currency you are going to bet, for instance, if you are going to bet cryptocurrency, you have to find the casino which has crypto services on their website. Nowadays there are many casino websites that offer such services to their clients, for example, Bitstarz, Avalon78, or PlayAmo.

Can I play the Wazdan slot for free?

Yes, it is possible to test Wazdan games for free and it is the best way to properly rate the games and choose the most suitable slot for you. If you want to find all the games developed by Wazdan in one space, you should visit their official website.

Are Wazdan games easy to play?

Because of the fact that the slots developed by Wazdan have many special features, you may think that they are complicated, but the fact is that you simply need to click the spinning button and wait for the winning combinations.