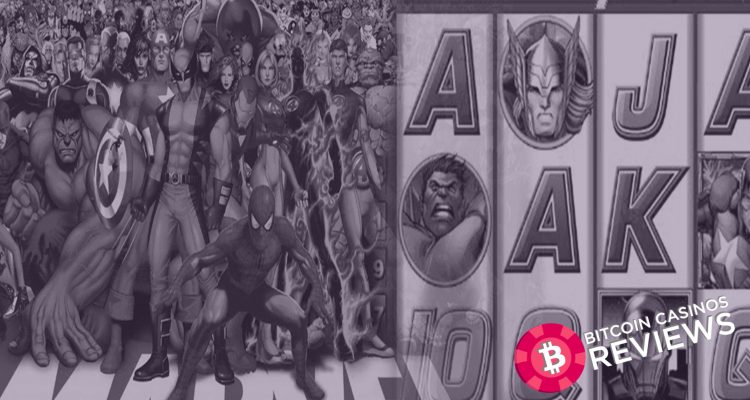 Are you in love with Marvel characters and all the movies built upon their stories? Then you have a perfect possibility to try out your luck in the superhero online slots that feature your beloved characters. The main software provider that specializes in creating Marvel-themed games is Playtech and the developers are working hard to give you a marvelous gambling experience here. You will come across great graphics and visuals in every product and these heroes will certainly have realistic looks which enhances the overall eye-catching playing atmosphere. We have to say that gaming mechanics are pretty attractive as well since all these slots include above-average RTPs and high volatility. This means you will be able to generate substantial winnings every now and then!

Down below, we would like to point out the top 5 superhero slots and showcase their characteristics in terms of both design and gameplay. Continue reading if you are a fan of Marvel and all its famous superheroes!

The Avengers has been released by a well-known software development provider called Playtech and it features all your favorite Marvel characters as well as several bonus possibilities. If you’re a fan of action-packed free slots then this slot was certainly created for you! It provides simple yet fascinating gameplay and the Avengers has been a favorite destination for the majority of gamblers ever since its release in 2012. On the 5 reels and 3 rows, you will encounter well-known characters such as Thor, Iron Man, Hulk, Captain America, Hawkeye, Black Widow, and Nick Fury. They are working together to furnish you with different prizes. 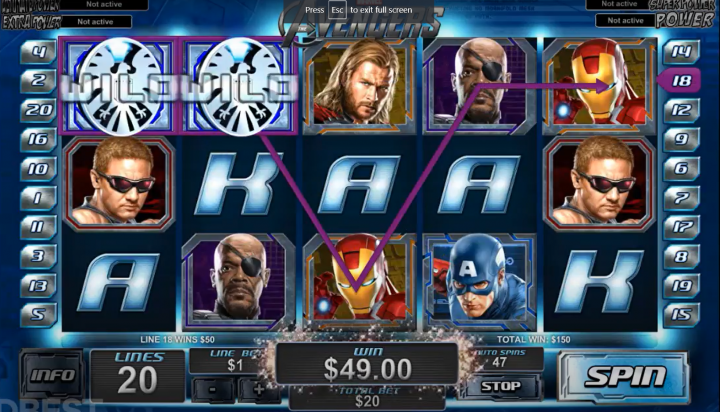 When it comes to gaming mechanics, we have to note that the Avengers includes an average RTP of 95.02%, but it will still return you high amounts from time to time with the help of high volatility. The Wall of Heroes feature can be triggered by landing at least three Avengers logos and it will give you multiple wins. Hulk symbols give you 9 free spins with the middle reel transforming into a Hulk wild reel and this bonus pays out the most win. As for Captain America, it will award you free spins with its own multiplier ranging from 2x to 5x. Lastly, Iron Man will reward you with 9 free spins with multipliers from 1x to 3x, and Odin’s Beard bonus comes with wild figures that significantly contribute to your winnings.

Man of Steel has also been released by Playtech which features Superman and both of his planets, Krypton and Earth. This game is for everyone will it be a beginner or an expert player and you will see that all the necessary buttons are presented on the bottom side of the screen. Everything from the logo to the background will remind you of a Superman, so if you are a fan of this superhero, then you will certainly be expected to get tons of enjoyment here. This beautiful gameplay is accompanied by a pleasing soundtrack in the back that k pushes you toward a mood reminiscent of comics. As for the other symbols, you will come across General Zod, Jor-El, the Daily Planet newspaper, thick-rimmed glasses, and planets.

Man of Steel features an RTP of 95.05% which is roughly in the average category, and with the help of medium volatility, you will be able to generate winnings relatively often. There is a total of 25 paylines on a 5×3 layout, and bets between 50p and £2500 are available, which means that both penny slots players and high rollers will be able to enjoy gambling here. There are 5 wild cards in this slot contributing greatly to your winnings and there’s also a generous World Engine Bonus feature, which is triggered when the bonus symbol lands on the fifth reel. It helps you to earn the highest payout – 1.000x your bet!

The Dark Knight has been launched by the industry’s leading software provider called Playtech. It is based on one of the greatest superhero films of all time and your favorite characters are depicted with impressive graphics here. So, you will be able to travel to Gotham City while you spin the reels in this slot where people’s most beloved characters – Batman and Joker are fighting each other. The graphics are photorealistic that really gives a cinematic feel to this game and you are guaranteed to get immense satisfaction on every spin here. The playing area consists of 6 reels and 4 rows, and a total of 50 paylines which provide a variety of ways to generate winnings. 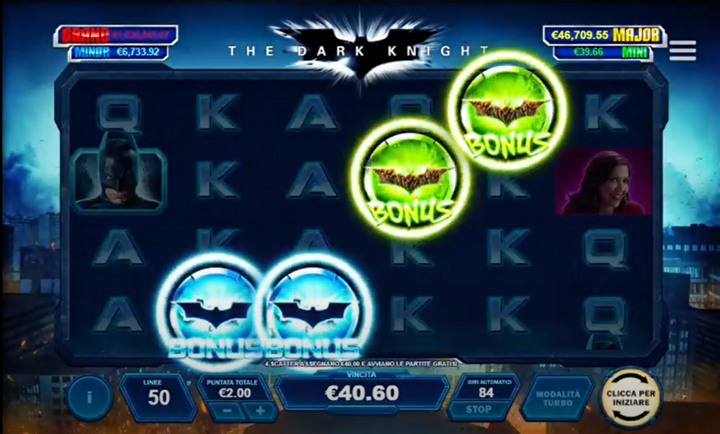 The Dark Knight includes an RTP of 95.96% which is slightly above average and medium volatility will allow gamblers to receive payouts relatively often, but don’t expect huge prizes all the time. The highest paying icon is Batman himself that will award you 1.500x your stake. When the Batman symbol lands stacked on the first payline, the Batman Respin feature is triggered and every wild symbol will lock into place. There are also different types of free spins including Batman Has No Jurisdiction Free Spins, Agent of Chaos Free Spins, and Gotham City Free Spins where you have a chance to win the highest payout – 1.500x your stake!

Justice League is another excellent creation of Playtech that will certainly make you go on a journey to the DC universe. There are epic heroes portrayed beautifully in the playing area where there is a total of 40 paylines and 6 different free spins modes with loads of extra wilds. If you have ever wanted to experience gambling along with your beloved DC characters, you have a perfect opportunity to do so in this slot. With an epic soundtrack and realistic graphics, you will be able to spin the reels where Batman, Superman, Wonder Woman, Aqua Man, Cyborg, and The Flash are fighting each other.

The size of bets ranges from 0.40 EUR to 40 EUR meaning that both high rollers and casual players can enjoy this game within their budgets. Justice League offers players a generous RTP of 96.33% which is above average in the gambling industry and you will get back substantial amounts on average here which is proved by high volatility as well. The Super Hero respin feature can be triggered during the base game that will turn any hero symbol into wilds in order to give you a generous cash prize. There are six different free spins modes available in this slot based on various heroes, but one thing is clear they will all reward you with lavish payouts! The highest payout is 750x your bet here.

We have to note that this game features a relatively lower RTP of 92.20%, but this fact should not discourage you to gamble here. The playground contains 5 reels and 4 rows, whereas a total of 50 paylines will form winning combinations. What’s more, Batman online slot also presents a very generous $80 000 jackpot prize and the highest paying icon is the Joker that awards a prize worth 2000 coins. The bonus round can be triggered by landing at least three scatter icons where you have the opportunity to win the highest payout which is an astonishing number – 200 000x your bet. 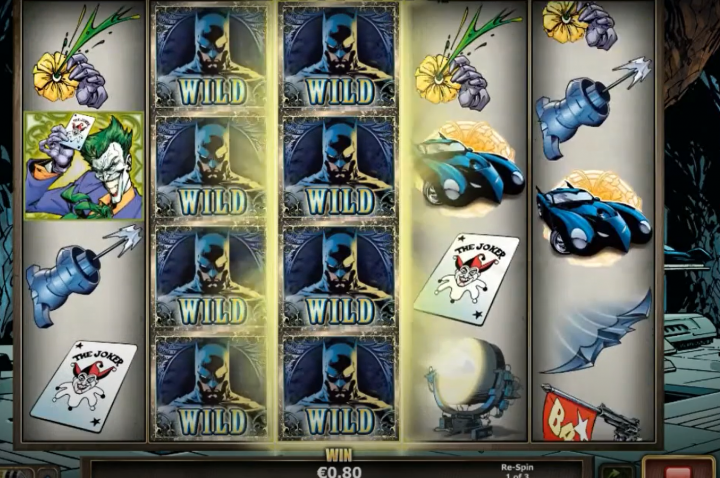 Batman slot has been established by a relatively new software development company called Amaya, but it does not provide any less quality content compared to the games mentioned above. The main theme is also dedicated to Gotham City’s dark knight here where you will meet well-known characters and win amazing cash prizes. The first thing that you will notice in this game is that the graphics are based on classic comic book design. This means that all types of players would feel compelled to play this game since it will certainly bring back childhood memories.