UFC announces a partnership with Stake.com 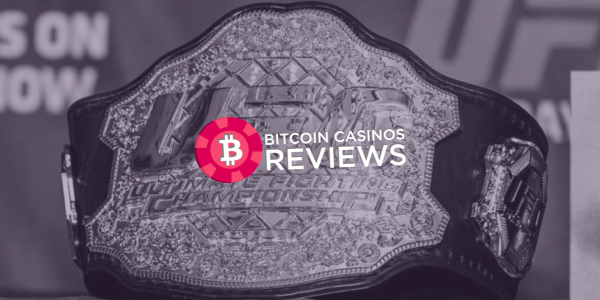 A major sports organization UFC has announced a deal with Stake.com crypto sportsbook. The bookmaker became the official betting partner of the company in Asia and Latin America. Under the terms of the agreement, Stake customers will have access to unique digital content, as well as exclusive promotions and VIP services.

Nick Smith, UFC Vice President of Global Partnerships, noted that it was a great pleasure to partner with a brand like Stake and offering fans exclusive content as well as promotions.

Stake is a Bitcoin casino where you can place sports bets and play at online casinos. It supports many cryptocurrencies such as Bitcoin, Bitcoin Cash, Litecoin, Ethereum, Ripple, Tron, EOS, and Dogecoin. According to the developers, the platform’s turnover has already exceeded $35 billion since 2017.

Milan Jovancevic, who is Stake’s director of public relations, was also excited. He emphasized the importance of global expansion and providing customers with exclusive betting opportunities.

It should be pointed out that this is not the first partnership of the company in the world of mixed martial arts. In January this year, Stake.com signed an agreement with the UFC middleweight champion Israel Adesanya, who became the company’s ambassador. Adesanya, 31, suffered the first defeat in his career when Polish Jan Błachowicz won the title fight by unanimous decision.

Partnerships between major organizations and crypto bookmakers are not a novelty as they try to increase the brand’s exposure.

The UFC is a sports organization that fights with rules mixed from different types of martial arts competitions. UFC is headquartered in Las Vegas.

A major step for the UFC was the acquisition of the Japanese organization of fights under the rules of mixed martial arts Pride Fighting Championships. This acquisition allowed the American promotion to reach the world level and significantly increase the audience. Today, the UFC is the most famous tournament, and the vast majority of famous fighters around the world perform there. UFC tournaments are broadcast in more than a hundred countries.

The rules of the octagon in the UFC are virtually indistinguishable from the standard rules of other organizations and martial arts. Differences are not significant, so they are usually not paid attention to. Some fighters lost fights without knowing some of the rules, and carried out effective but prohibited strikes and techniques. And despite the physical advantages in the battle over the rival they were awarded a loss. For fans, of course, it’s just a formality.