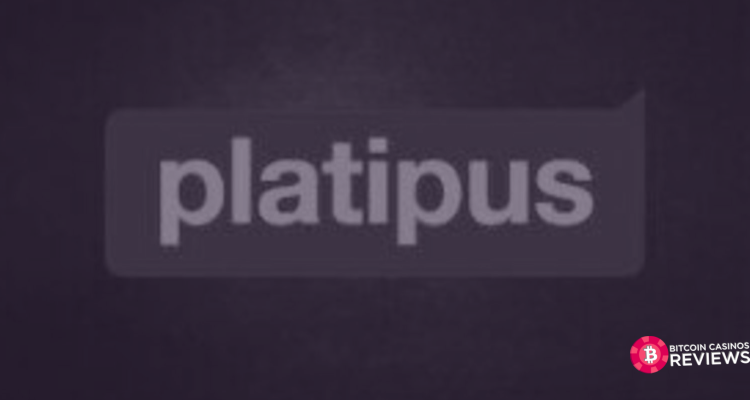 Platipus is a British software development company that was established in 2010 and already is one of the most successful developers in the world. The company has developed more than 35 games and all of them catch the eyes of the players with their high-quality graphics and creative content. Platipus focuses on slots, card games, and table games and you can play them using almost any currency, including crypto.

Since its establishment, Platipus has quickly gained the trust of players as it responses to the needs of users and creates high-quality games. In this Platipus review, we are going to talk about top games by the developer which are: Aztec temple, Cinderella, Power of Gods, Un Dia De Muertos, and Guises of Dracula. If you want to find out what makes the top Platipus slot Games worthy of trying, check the review below.

As we have already said, Platipus has developed more than 35 games since 2010. You may think that it is a small number for the company which exists for more than ten years but the case is that all games are well thought and offers high-quality graphics with unique features. Each of their games is special and it will not be unfair to say that all of them are almost equally good. When it comes to choosing the top 5 games from Platipus, we should listen to players and talk about the most popular Platipus games.

The Aztec temple was released in 2019 and quickly gained popularity with players from all parts of the world. The game is a high volatility slot with an RTP of 96.03% which means that you have an opportunity to win 96.03% of the whole bet at some point. The Aztecs were a mesoAmerican culture that flourished in central Mexico in the post-classical period from the 1300s to 1521. The game carries the heritage of these great people as the theme of the game is Aztecs and their culture. Once you start playing, you will see a classical playing board with five reels and three rows and the symbols are Aztec figures and statues in different shapes and colors. the background also matches the aesthetics of the game as you can see an Aztec temple with the waterfall and native plants. The folklore music makes everything even more satisfying but if you are not a big fan of listening to music while playing, you can simply mute the game from the sound button. 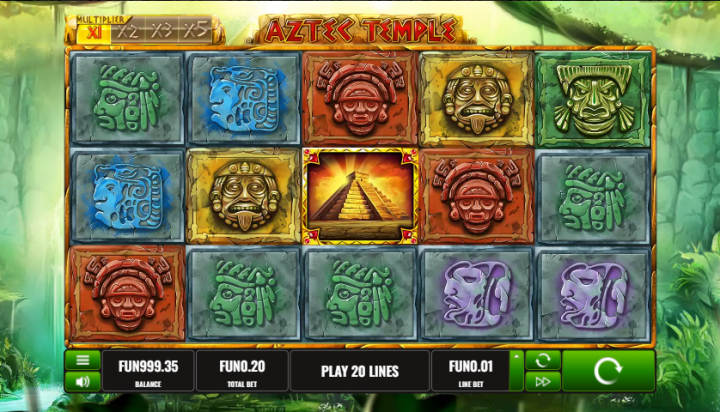 The game comes with 20 different pay lines and seven paying symbols which are not overly generous but offer an acceptable paytable for the high volatility slot. Except for the ordinary symbols, Aztec Temple has a wild card, which is a golden Aztec figure and can substitute any paying symbol in a winning combination. The game also has a scatter symbol, which is the Aztec temple itself, and if you are lucky enough to get three or more of these symbols, then you will be awarded 10 free spins, and a bonus round feature will begin. It is noteworthy that scatter cards appear only in the first, second, or third reels. The perfect combination of satisfying themes and fun features makes the game one of the best Platipus crypto slots.

Cinderella is a slot developed by Platipus and released in 2018. The game has an RTP of 94% and 40 different pay lines which is a pretty high number for the classical slot. Cinderella is one of the favorite tales for many people and Platipus has made the right choice when they made it the theme of one of their slots. With the aesthetics of the magical story, the game has quickly become popular with the players. The game has a classical five reels and three rows playing board and the symbols are the helpers of cinderella with the cards from 10 to Ace. Among the paying symbols, you will see a pumpkin, which became the carriage in the story, the clock which shows the time to Cinderella, the mouse which helped her make the dress, and a horse that took Cinderella to the castle. 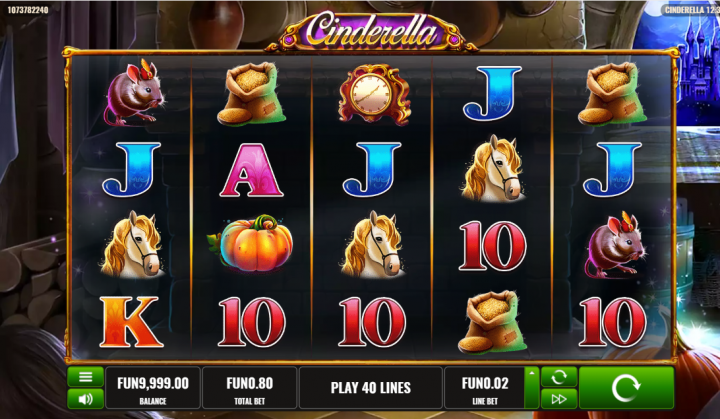 The background is a destination of the princess, the magical castle where the prince is waiting for her. Except for the ordinary symbols, there is a wild card, which is Cinderella herself and it can substitute any paying symbols in a winning combination. There also is a scatter card, which is the shoes of the princess, the main symbol of Cinderella, and it triggers the bonus round. If you are lucky enough to get three or more of these symbols you will be awarded free spins and the number of free spins is depended on the reels where you got the scatter symbol. All these qualities make the game one of the best Platipus bitcoin slots.

Power of Gods is another great slot developed by Platipus. The game is a medium volatility slot and the RTP of the game is 94% which means that you are able to win 94% of the total bet at some point. The game comes with the classical playing board with five reels and three rows and 40 different pay lines which is pretty high for the medium volatility slot. Power of Gods has the aesthetics of China and their gods. The symbols and the background are connected to the theme as you can see a view of the Chinese temple and gods and goddesses among the symbols. 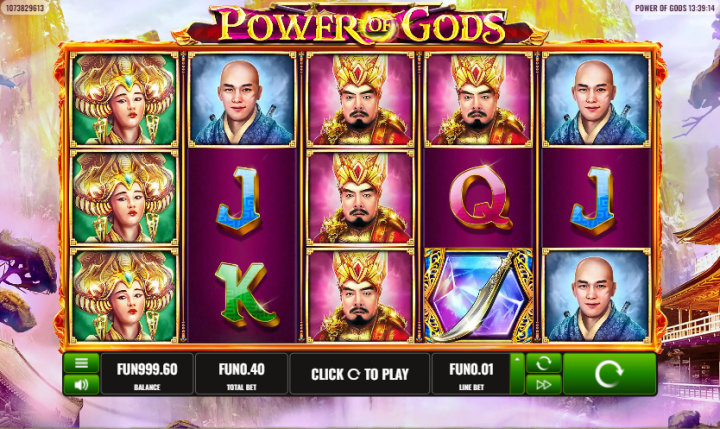 The game has a pretty generous paytable with ten different paying symbols. Except for the ordinary symbols, there is a wild card that can replace any paying symbols in the winning combinations and a scatter symbol that triggers the free spin bonus. If you get nine scatter symbols on the reels you will be awarded eight free spins and it is noteworthy that the scatter symbols only appear on the second, third, and fourth reels. Power of Gods also has a multiplier which raises your chances of winning big money to its highest. I think that Power of Gods is one of the best Platipus BTC slots.

Un Dia De Muertos was released on 16 September of 2021 and is the latest slot of Platipus for the moment that we are writing this review. The game is a medium volatility slot and The RTP is 95% which means that players have an opportunity to win 95% of the whole bet at some point. The name of the game translates as the day of the dead which is one of the main celebrations in Mexico. Un Dia De Muertos has an aesthetics of this celebration and everything in the game from the background to the symbols is connected to the theme. Once you start playing, you will see a classical playing board with five reels and three rows, and eleven paying symbols. The game offers 243 different ways to win which is another reason to start playing Un Dia De Muertos immediately.

Besides the ordinary symbols, the game has special cards which trigger the unique features: The wild card, which is a skull, can substitute any other paying symbol in a winning combination, except the bonus and scatter symbols. In an ordinary game, wild may appear in the third, fourth, or fifth reels, but in the free spins feature it appears on the second, third, and fourth reels. Scatter symbols may only appear in the regular game anywhere on the reels and once you get three or more of these symbols on the display, free spins are awarded. There also is an extra wild bonus symbol that appears only in the bonus feature on the first and the fifth reels and helps you raise your win. Impressive visuals with the special features make Un Dia De Muerto part of the best Platipus slot games list.

Guises of Dracula was released in June of 2021 and is one of the latest slots of Platipus gaming. The game is a high volatility slot and the RTP is 95.09% which is not very generous but is not over the edge either. Guises of Dracula comes with 50 different pay lines and nine paying symbols to get the winning combinations. Once you start playing, you will see five reels and four rows playing board with the background of the graveyard, which is connected to the theme as vampires are dead.

Besides the ordinary symbols, Guises of Dracula has special cards that trigger the unique features of the game. There are two kinds of wild cards: The one with Dracula on it substitutes any other symbols in the winning combinations and may appear anywhere on the reels during the regular game and the bonus round too, the other one with the bet on it has the same powers and can activate the floating bonus round feature once you get five of these symbols on the reels. The game also has a shifting bonus feature that helps you to win even more money. All these features and mystery theme makes the game one of the best Platipus slots.

All of the Platipus games are special and unique as it offers impressive visual, creative content, and matching audio. All these are very important values and for us, it plays a crucial role when we want to rate the game. Besides that, slots developed by Platipus offer special features such as wild cards, that can replace any paying symbols in the winning combinations, Scatter symbols that trigger free spin bonus rounds, multipliers that raise your chances of winning big money to the maximum level, and a high number of pay lines with the generous paytables. All these create a calm and entertaining environment in the games.

Can I play Platipus slots for free?

Yes, playing Platipus slots for free is possible and it is the best way to properly rate the games and choose the most suitable one for you. It is also noteworthy that, thanks to its high-quality graphics, impressive visuals, and interesting themes, playing their games for free is almost as entertaining as betting with real money.

Are the games developed by Platipus easy to play?

Despite having many unique features, their games are pretty simple and easy to play. Like most other slots, you simply need to spin the reels and wait for the winning combination.

Can I play their games using crypto?

Yes, you can play Platipus games using crypto if you find the casino that offers both, crypto services and the games from this developer, on their website. As Cryptocurrency is becoming more and more popular, there already are many casinos that offer such services to their clients, for instance, 7Bit Casino, Bitstarz, or 22 Bet.