Lucky Larry’s Lobstermania Review – Is It Worthy of Trying?

Lucky Larry’s Lobstermania is a favorite slot game for many people and is very popular with slot games lovers. In this Lucky Larry Lobstermania review, we are going to talk about Lucky Larry’s Lobstermania 2,  which is the new edition of the original game. The slot was developed by IGT and is very popular with the fans of the original one. The game has an average RTP of 94.14%, which is not low, but not very generous either. Lobstermania is a high volatility slot, which means, that you can win a serious amount of money. Once you start playing, unlike most of the slot games, you will see 5 reels and 4 rows with the spinning button below on your screen. 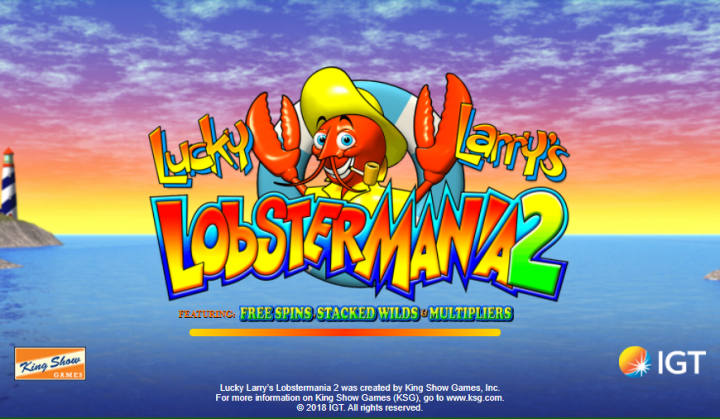 Lucky Larry’s Lobstermania has a fishing theme, which hooks you to play it. You can see a pretty picture of the beach with sand, blue sky, and a lighthouse as a background. Most of the symbols also have an ocean theme on them and some of them are even animated. The game also catches our eyes with cheerful colors. The main character of the game is an amusing lobster, which makes the game more satisfying. The aim of the game is to help Larry, The lobster, to keep everything in order on the beach. The audio of this game is pretty cool actually. The music play only when the reels are spinning and that fact makes you spin faster and there are bubbly sound effects when you win. 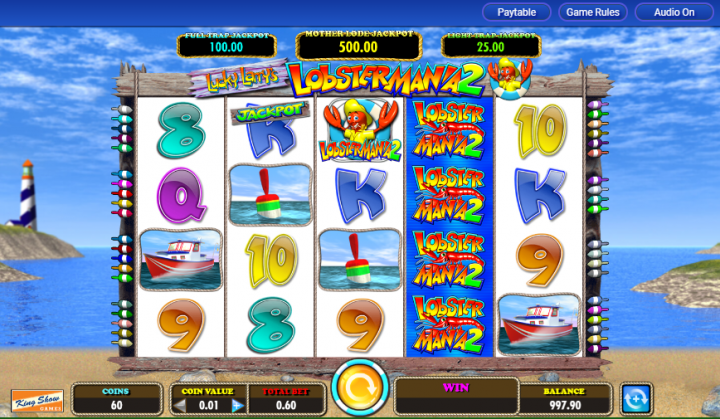 Lucky Larry’s Lobstermania Rules – How To Play It

Most of the rules are the same as in other slot games. You have to click the circular arrow to spin the reels. You can automatically spin with the auto spin button. which is on the right side of the screen. Bonus symbol appears on reels 1, 2, and 3 only. There are 12 different symbols, each winning a different amount of coins.  The lower value symbols are the cards from 8 to King, while the higher-paying symbols are marine-themed items like a fishing boat, buoy, lighthouse, and the main character himself. The last one is a wild card, which can replace any of the other symbols in combinations. You can easily change your bet like the other slot games and the winning combination will multiply your bet depending on the symbols you got in the combination. You can see all rules by clicking the “Game Rules” button on the top right corner of your screen. 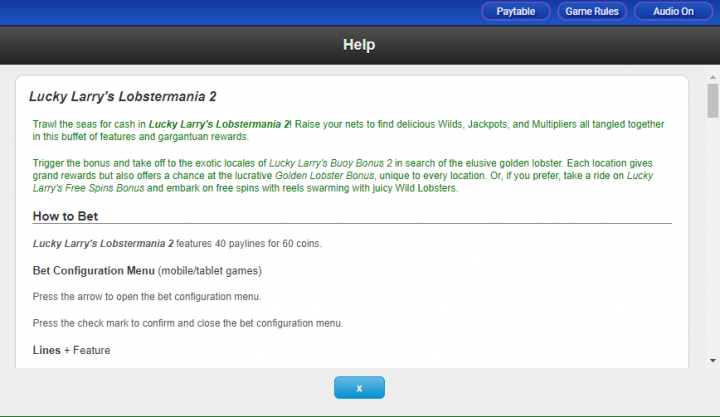 Lucky Larry’s Lobstermania Paytable – How Much Can You Win? 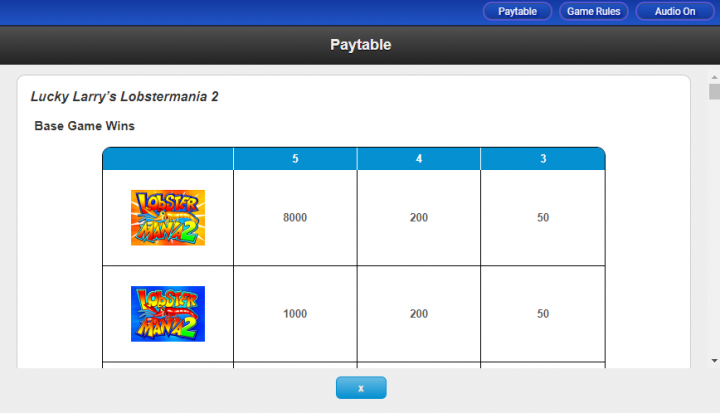 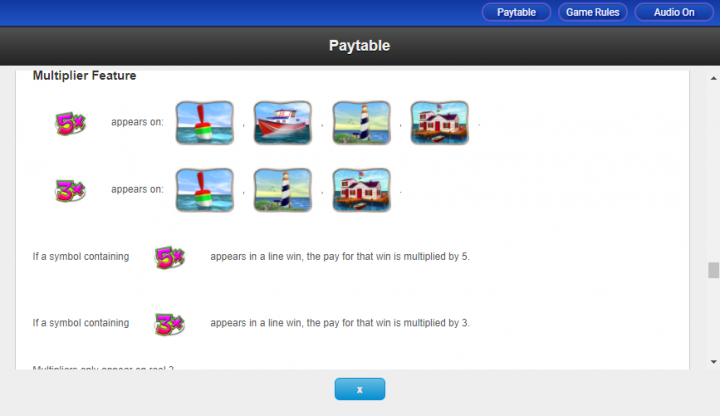 Another unique feature of Lucky Larry’s Lobstermania is that it has several bonus rounds. The first one is the traditional free-spin bonus. There also is a buoy bonus and Australia’s Kangaroo bonus, Brazil’s Octopus bonus, and Maine’s Pelican bonus depended on the location you choose. You can get yourself a bonus round with a Bonus picker card, which is The card with the main character symbol. 3 of those cards will take you to either a free spin bonus round or a buoy bonus round. Free spin bonus is traditional, but buoy bonus is much more fun. Once the buoy bonus round starts you have to pick either Australia, Brazil, or Maine Bonus and will be awarded by 2, 3, or 4 buoy picks. For each pick, there are 2, 3, or 4 lobsters pulled. Each lobster will award you 10x to 575x of the triggering spin, or the golden lobster. The golden lobster will win you Kangaroo, Octopus, or Pelican, depending on the location you choose before starting the round. Only the golden lobster may appear on the reels during the bonus rounds, other lobster symbols are not available at that time. It means that you can not win more free spins during Lucky Larry’s Lobstermania bonus round.

As in the process of playing any slot game, there is a risk in playing Lobstermania too, but the RTP of the game is not low.

What makes Lucky Larry's Lobstermania different from other slot games?

Does Lucky Larry's Lobstermania have a Bonus round?

Yes, it does, and in fact, Lucky Larry’s Lobstermania has several bonus rounds which makes this slot game even more special.

Where can I play this slot game using cryptocurrency?

There are several casinos that offer their clients service in crypto and have a wide choice of slot games, for example, Playamo, Bitstarz, or 22Bet.

Can I play Lucky Larry's Lobstermania without any loss?

Yes, you can play Lucky Lurry’s Lobstermania free on the internet.