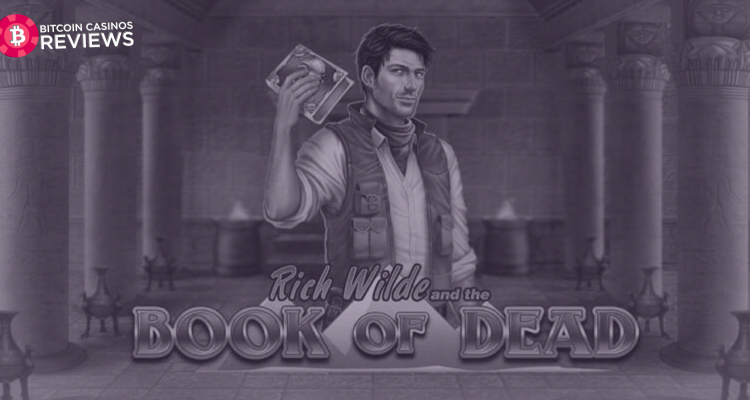 “Book of Dead” is a slot game developed by Play’n Go, released in 2011. Play’n Go is often blamed for releasing games with boring themes and dull graphics, but this is not the case with “Book of Dead”. The slot takes us on an adventure in Ancient Egypt, Hunting for the treasure which is hidden in pyramids. The theme of the game, Ancient Egypt, really makes this slot outstanding. RTP of the game is 95.6% which is pretty high. The volatility of the slot is low, which means that you will some amount of money on most of the spins. The rating of the game is 66%.  Once you start playing, you will see 5 reels and 3 rows on your screen, just like other slot games. Book of Dead comes with 10 different pay lines. It is not much, but as a low volatility game, Book of Dead still gives you a chance to get winning combinations often.  The highest bet per line is 100 when the lowest is 0.01 which is suitable for every kind of player. The bonus game is also available in this slot. It comes in the form of free spins. There are several combinations that can get you free spins, which is one of the special features of the game. Book of Dead is really enjoyable to play as it may remind you of the Mummy movies, Indiana Jones, or other historical movies. 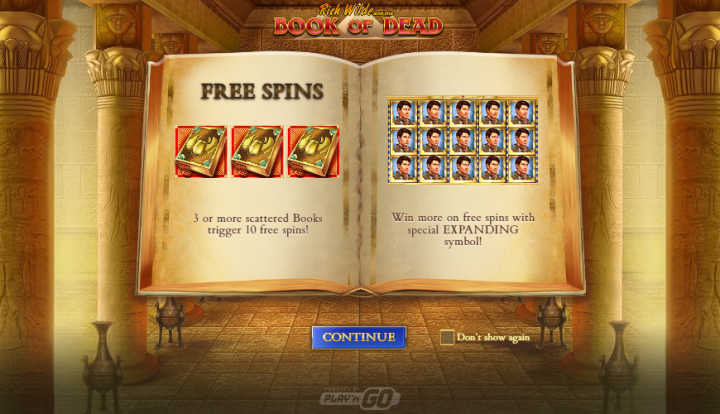 Book of Dead – Visual and Audio

We should start our Book of Dead Review with the theme of the game, which is ancient Egypt. The main character is Rich Wilde, who takes us with him on the amazing journey to find the hidden treasure of pyramids. The name of the slot, Book of Dead is similar to the real book, “Book of The Dead”, which is ancient Egyptian funerary text, used from 1500 BC – the beginning of the new kingdom.

Symbols of the game are also from ancient Egypt. With the Head of Pharaon, figures of Egyptian gods – Ra and Anubis, and the head of Rich himself, there are cards from 10 to ace among the symbols too. You can also see the golden book, which is a special symbol. The graphics of the game is 67%, which is pretty high for games developed by Play’n Go. The background is also thematic – You can see the hallway of the pyramid with its columns and hieroglyphs.

The audio of the game is also impressive, as you can enjoy Egyptian music while you are playing. In the process of the game, the music gets more and more intense. Sound effects are smooth and are not annoying like most other slots’ sound effects. 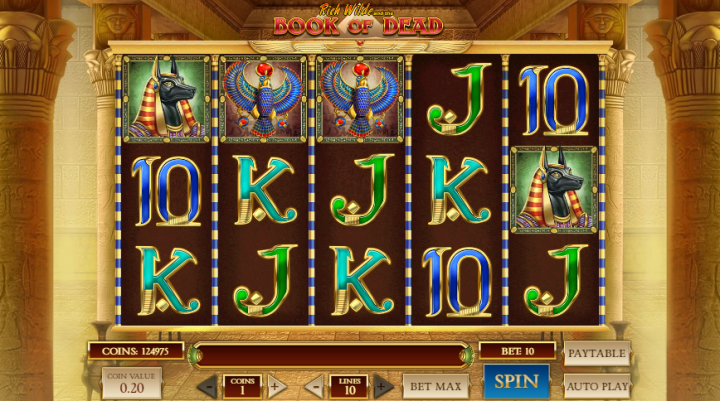 Book of Dead Rules and paytable

Like most of the modern slot games, Books of Dead is pretty simple and easy to play. Once you get started you will see 3 rows and 5 reels with the spinning button on the right side of your screen. There are different winning combinations like straight lines, triangles, and zigzags which finally give you 10 pay lines. You can also rise your win in the Book of Dead Bonus round. 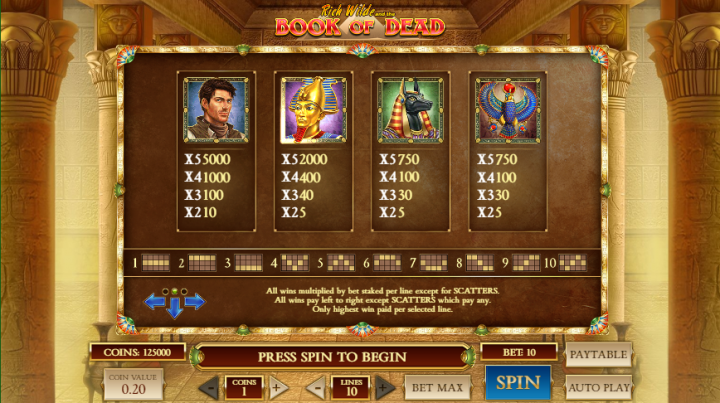 Unique Features And Bonus Round of Book of Dead

One of the most unique features of this slot is the wild card, which can not only replace other symbols in winning combinations but also is a scatter and will pay anywhere on the reels. If you get 3 golden books in the winning reel from scattering, it will win you 2 coins, 20 coins if you get 4 of them, and 200 coins if you will be lucky enough to get 5. Those wins are multiplied by the total bet staked and are added to the pay line wins. Another purpose of this card is to bring you to the bonus round. You need 3 or more scattered books to win 10 free spins.

Once you win your Book of Dead free spins, the book appears on your screen and randomly chooses the symbol which will have the power of expanding through the bonus round. It may even expand to cover all reels. This expanding symbol will help you win more money on free spins. You may even win 250 thousand coins on the bonus round.

It may not be counted as a unique feature, but it worth mentioning that you do not need to open rules in order to know what are the winning prizes of each symbol. You can know all information about symbols by simply clicking on them. 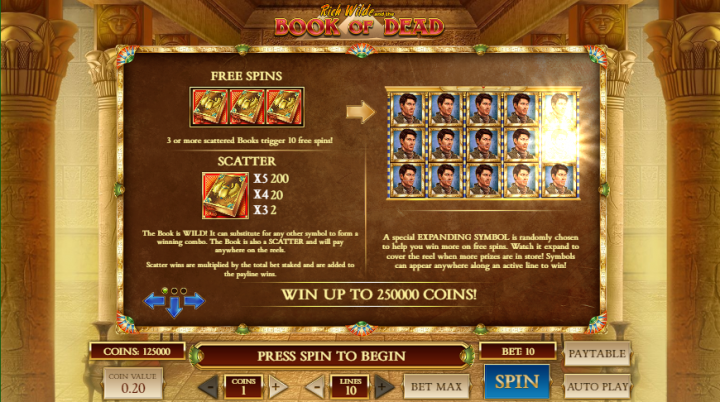 Casinos Where You Can Play Book of Dead

Book of Dead will be a hit with those who enjoy playing games with the theme of Ancient Egypt, but as the maximum winning jackpot is pretty high, the game will also be very popular with people who have different tastes. It will be logical if you would ask where can you play Book of Dead. TrueFlip is the best option as the website is trustworthy and it offers its service in cryptocurrency too. It is also possible to play Book of Dead free, just to test the game.

FAQ on Book of Dead Features

Does Book of Dead have a bonus round?

Yes, it does. The bonus round is offering 10 free spins and expanding symbol, which will help you win more money. The maximum prize is 250 000 coins, which is pretty high for the slots like Book of Dead.

Does the low volatility mean that I will win less money?

Actually, it does not. Low volatility means that you will collect a little amount of money when you win, but the winning combinations will be more often.

Is Book of Dead crypto slot?

If you play the game on a website that offers you crypto services, it is. As we already said, you can play Book of Dead on the website of TrueFlip.