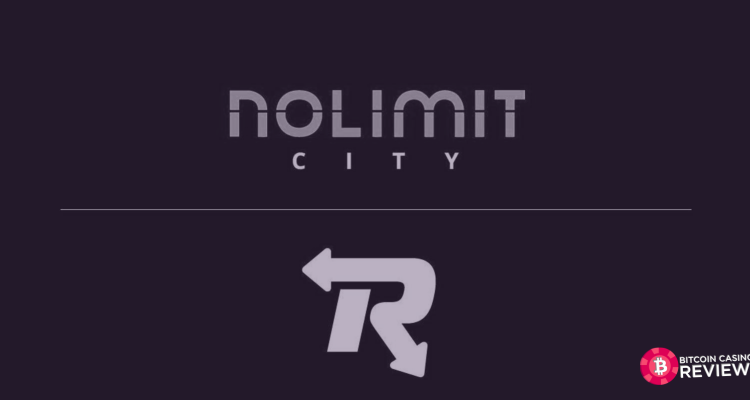 Nolimit City is a software development company that was founded in 2014. Since then, the company has released more than 50 games, and all of them have an interesting theme and high-quality graphics. Impressive visual is not the only thing that Nolimit City Slots offer to players. The games developed by the company have unique features that make the playing process even more entertaining and satisfying. It is noteworthy that Nolimit games can be played using almost any currency, including crypto, which is very important as we are living in the digital world. In this list, we are going to talk about the top 5 Nolimit games which are Oktoberfest, Manhattan Goes Wild, Space Arcade, Creepy Carnival, and Dungeon Quest. If you want to find out what is so special about these games, check the list below.

As I have already said, Nolimit City has released more than 50 games and all of them have an individual theme, creative content, and impressive visuals. Almost every game is equal and it was really hard to choose between them, but some of them still are a bit better than others.

Oktoberfest is the world’s largest beer festival which is held in Munich. The slot has the aesthetics of this festival and it makes the game as entertaining and fun as the festival itself is. Oktoberfest was released in October of 2017 and instantly became popular with the players. The game is a low volatility slot which means that you will win frequently but the number of coins in the prize will be low. RTP of Oktoberfest is 96.75% which is a high number but is not overly generous. The game comes with 20 different pay lines and a classical playing board with five reels and three rows. Oktoberfest has 11 paying symbols that are connected to the theme as you can see musical instruments, traditional hats, Barrels of beer, and some food among them. 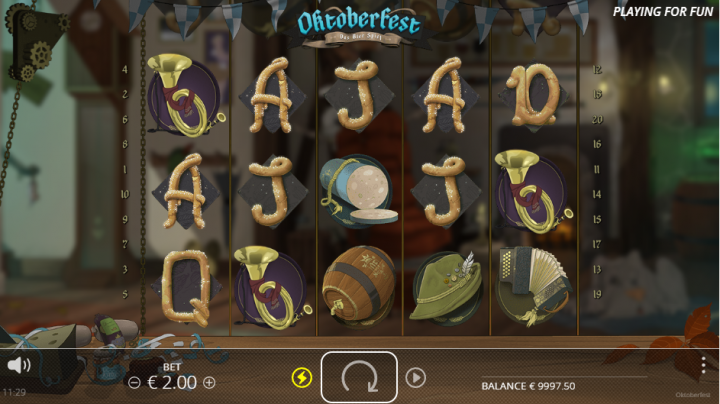 Besides the ordinary symbols, the game has some special cards which trigger the unique features of Oktoberfest. The slot comes with four different wild cards that can substitute all paying symbols in the winning combinations. The main characters’ symbols trigger the Prost spins feature if you are lucky enough to land the whole reel of these symbols. There also is a scatter symbol that triggers the Bierspins bonus round which comes with multipliers from 1x to 5x. There also is a party spins feature that can be triggered during any spin and help you win more coins. All these features make Oktoberfest one of the best Nolimit City crypto slots.

Manhattan Goes wild is a video slot developed by Nolimit City. The game is a very high volatility slot with an RTP of 96.16% which means that the players have an opportunity to win 96.16% of the total bet at some point. Once you start playing, you will find yourself in 1920s Manhattan, the flourishing time of the Art Deco era. The game will take you back to the time when all nights were cocktail parties. Once you start playing you will see a classical playing board with five reels and three rows. The game comes with 243 different pay lines which is a pretty high number for the classical video slot. Manhattan Goes wild has 12 different paying symbols and all of them are connected to the theme as you can see jazz singers, old cars, campaigns, and other 1920s Manhattan-related things among them. 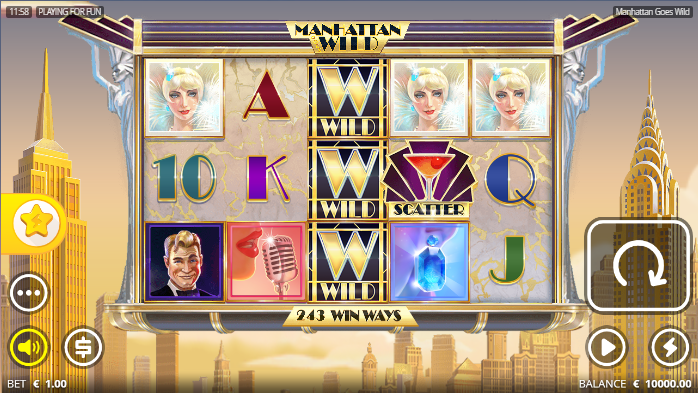 Besides the ordinary symbols, the game has special cards, for instance, wild cards that can replace any other paying symbol in the winning combinations. Manhattan goes wild comes with many unique features like Manhattan free spins that are triggered by getting three or more scatter symbols on the reels, Bugsy or Betty goes wild feature which may be triggered on any spin, and all the Bugsy or Betty symbols will transform into the wild symbols, landing the whole reel of Bugsy and Betty symbols will trigger the Wild party respins. All these features make Manhattan Goes wild the most glamorous Nolimit City Bitcoin Slots.

Space Arcade also was released by Nolimit City and it has quickly gained the love of players from all around the world. The game is very retro and it will definitely take you out of this world. Space Arcade is a low to medium volatility slot and the RTP is 96.47% which means that the players are able to win 96.47% of the total bet at some point. Once you start playing you will see a classical playing board with five reels and three rows and background of the digital world. The game comes with nine different pay lines and seven paying symbols to get the winning combinations. 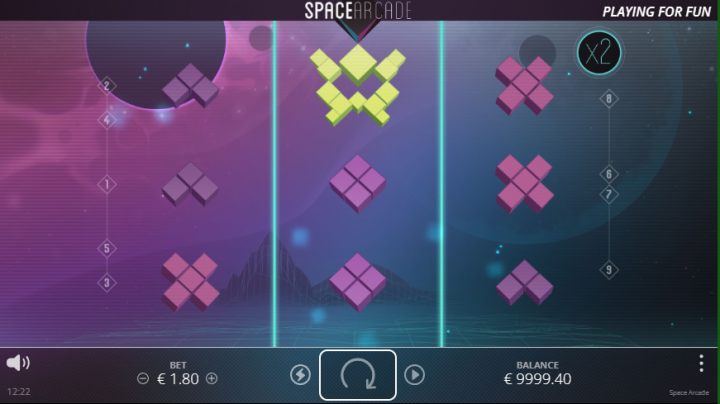 Besides the ordinary symbols, the game comes with special cards which trigger the unique features of the Space Arcade. The yellow symbol is a wild card that can trigger the respins and besides that, it will take the reels up as long as it is visible which can lead you towards the big win. The game also has multipliers from x2 to x6 and they can raise your winning chances to the maximum level. All these features and interesting visuals make the game one of the best Nolilmit City BTC slots.

Creepy Carnival is another great slot developed by Nolimit City. The game is a low volatility slot and the RTP is 96.07% which is not a very generous number but it does not stand over the edge either. Once you start playing you will see a classical playing board with five reels and three rows. Creepy Carnival comes with 20 pay lines which is a very common number for a classical slot. The game characters are the members of the circus and you will meet a giant, monkey, tiger, clown, and even a clairvoyant among them. 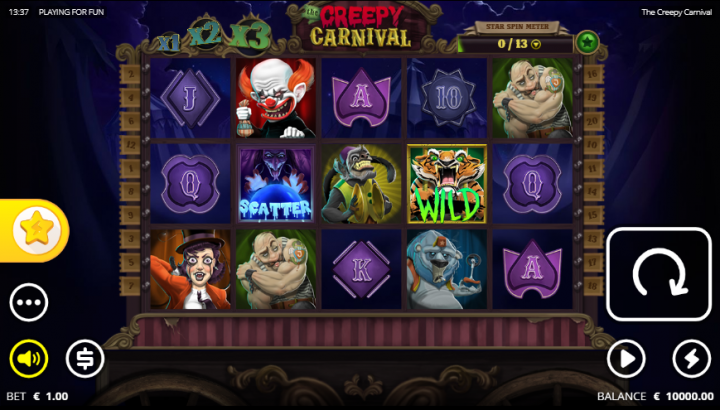 Besides the ordinary paying symbols, the game has special cards that trigger the unique features of Creepy Carnival. The sticky wild cards, which have the tiger on them, help you win the big money during the respin round. the respins come with the multipliers which raise the chances of winning big money even higher. The game also gives players an opportunity to win free spins with clairvoyant symbols. If you are lucky enough to get five of these symbols on the reels you can win up to 70 free spins. You also can win the star spins if you collect 13 high-value symbols. All these qualities make Creepy Carnival an honorable member of the best Nolimit City slot games list.

Dungeon Quest, in my opinion, is the best slot game developed by the company. The game has become instantly popular from the moment it was released. Once you start playing, you will find yourself in the dungeon with game characters who are the heroes trying to defeat evil. Dungeon Quest is a medium volatility slot and the RTP is 96.27% which means that players have an opportunity to win 96.27% of the total bet. The game comes with 29 different pay lines and the playing board which has five reels and seven rows. The slot has eight paying symbols which are the gems from the dungeon. 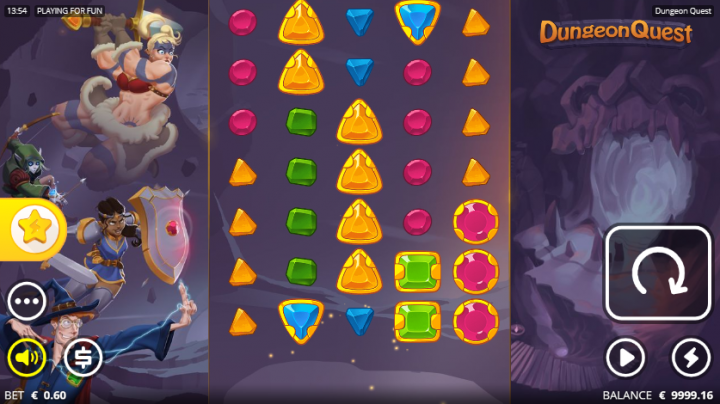 Dungeon Quest has many unique features which make the games even more entertaining and satisfying. The power stone feature is randomly triggered in the main game and replaces the 2×2 area with the wilds. Gem Forge feature is also triggered in the main game and once it is triggered one kind of the lower-paying symbols which is randomly chosen transforms in the higher-paying symbols and increases your winning chances. there also are Alchemist Spins in the game which is triggered by the scatter symbols and basically is the free spins but with additional benefits. All these great features with an impressive visual make the game one of the top Nolimit City slot games.

First of all, every game has an individual theme and creative content which is accompanied by high-quality graphics and results in impressive visuals which is a very important component while rating the slot games, but impressive visual is not the main criteria. The thing that makes Nolimit games really special is the unique features. Almost every slot developed by Nolimit Games have at least three features that make the games more entertaining and raise the winning chances to the highest level. Those features often are related to the main theme of the game which makes them even more satisfying. Another great thing about the Nolimit City slots is that they can be played using cryptocurrency and this quality makes them even more demanding.

Where Can You Play Nolimit City Games?

After reading this list it will be logical if you want to try some of the developer’s games out. If you want to find all of the Nolimit City games in one space, then you should visit their official website. Playing the demo versions of the games is the best way to properly rate the slots and choose the most suitable ones for you. Once you decide which slot is the best for you, then you should find the perfect website to actually bet. Choosing the right website according to the currency that you are going to bet is very important, for instance, if you want to play the slots using cryptocurrency, you should find the casino which offers both, Nolimit City games and crypto services, on their website. Fortunately, as the usage of cryptocurrency raises, there are many casinos that offer such services to their clients, for example, mBit Casino, 22 Bet, or Avalon 78.

Despite the fact that Nolimit City games have many special features, the playing process is pretty easy. You simply need to press the spinning button and wait for the lucky combination. If you are too lazy to do that, you can use the auto spin button and enjoy the automatically spinning reels.

Can I play Nolimit City games for free?

Demo versions of all Nolimit City games are available and playing them is the best way to test them out and choose the most suitable one. If you want to find demo versions of all their games in one space, then visit their official website.

Yes, it is completely possible if you find a casino website that offers crypto services to the users. There are several casinos that have both, crypto services and Nolimit City slots, on their website, for instance, 22Bet, Bitstarz, or mBit Casino. In fact, Nolimit City crypto casino games are one of the best crypto slots of all time as they offer impressive visuals, high-quality graphics, creative content, and fun features that make them very entertaining.