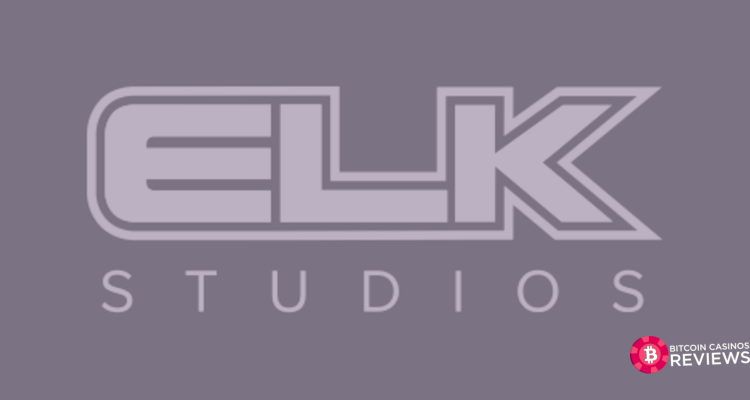 Elk Studios is a software development company that was founded in 2013 and since then, the company has produced more than 50 games. All of their games have high-quality graphics and impressive visuals which helps them to become popular and gain the trust of players. ELK Studios slot games list includes various slots which take you to the magical journies into the different worlds. You will meet dozens of characters while playing and each of them has an individual story and a goal which makes the gaming process even more interesting. Most of the games developed by the provider have an average RTP of 96% and a medium to high volatility.

Each slot has special features that help you win more coins and make the games more fun and satisfying. It is also noteworthy that ELK Studi games can be played using almost any currency, including crypto. It is an important fact as cryptocurrency becomes more and more popular every day. In this review, we are going to talk about the best games that were released by the developer, their attributes, and things that make them so special.

As I have already said, the company has released more than 50 slots so far and all of them are individual and entertaining. When it comes to choosing the top Elk Studios slot games, the only factor we can lead with is the popularity of the games because, for me, all of their slots are equally fun and interesting.

Cluster Slides is a slot game developed by Elk Studios and released in 2021. The game is a medium to high volatility slot and has an RTP of 96%. Once you start playing, you will find yourself at Jellyton, which is a wild planet with cute alien monsters on it. The game has a playing board with seven reels and eight rows and eight paying symbols which are the inhabitants of the Jellyton. Besides the funny visuals, the game has many unique features to win the hearts of players: 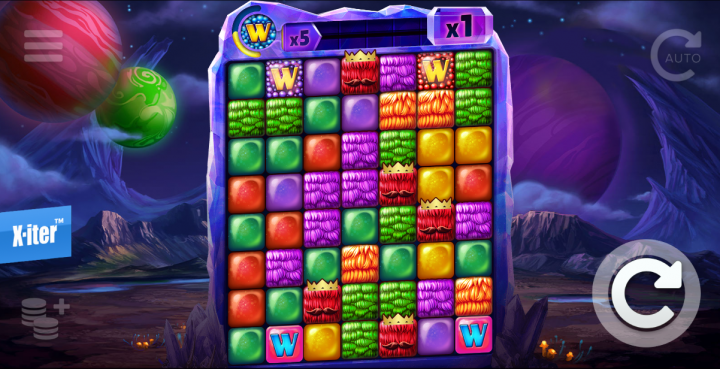 The generator feature is filling up by your wins, and once it is full the Generator awards Feature wild symbols. There are 5 different Features Wilds, each holding one of the features: Multiplier, Removing, Upgrading, Random, and Big Wild! A feature is released every time a Feature Wild is part of a winning cluster. There also is a bonus round feature that raises your winning chances to the maximum level. Cluster Slides is one of the ELK Studios crypto Slots and it can be played on casino websites such as Bitstarz or PlayAmo.

Visitors is another high volatility slot of Elk Studios with an RTP of 96%. The theme of this game also are Aliens and everything from the visuals to the features is connected to the aesthetics. Once you start playing you will find yourself in the small town which was turned upside down because of the sudden visitors.

The game has a playing board with five reels and five rows which gives us 3125 different pay lines. The game comes with sticky wilds, expanding symbols, multiplier respins, and a free spins bonus round with an increasing multiplier up to x4096. Those special features make the slot even more entertaining and unique. Visitors also is a part of ELK Studios slot games list which can be played using crypto and you can find the game on casino websites like Avalon 78, or BAO Casino.

Play This Slot on BAO Casino!

Miss Wildfire has quickly gained popularity with the players because of its impressive visuals and interesting theme. RTP of the game is 96.1% which means that you have an opportunity to win 96.1% of the total bet. The main character of the game is Miss Wildfire which was accidentally created by The Alchemist Edgar Woodart who has spent decades dreaming of wealth. Once you start playing you see six reels and five rows playing board with the background of Edgar’s beloved laboratory. Miss Wildfire has 466 different pay lines which is another reason to fall in love with the game. The symbols of the game are also connected to the aesthetics as you can see Alchemist’s tools among them.

The game has many special features which make it even more entertaining, for example, The Wildfire feature that turns Log symbols into wilds and is spread by adjacent Wild or Miss Wildfire symbols, Miss Wildfire who is a Wildfire spreading wild that walks one step at a time, all the way to the left while the reels respin, Super Miss Wildfire who not only spreads Wildfire but keeps all unlit Log symbols sticky throughout her walk, and a free spin bonus game which can be triggered with three or more bonus symbols. Miss Wildfire is an ELK Studios bitcoin slot which means that you can play it using cryptocurrency on casino websites such as PlayAmo, or Avalon 78.

Valkyrie is a medium to high volatility slot with an RTP of 96.3%. In Northern mythology, Valkyries are female figures who choose the fate of the warriors on the battlefield. It is logical that the main characters of the game are valkyries and thanks to the designers of the game and high-quality graphics they look very attractive. Once you start playing you will see five reels and four rows playing board with the symbols that are connected with the aesthetics.

The game comes with 20 different pay lines and 10 paying symbols to get winning combinations with. Besides the impressive visuals and interesting theme, the game has unique features that make it even more entertaining: The Shield of Chance feature which basically is a wild symbol, The Sword of Destiny feature which turns the whole reel into the wild symbols, The Arrow of Fortune feature which reveals hidden symbols and etc. Valkyrie is an ELK Studios btc slot too and it can be played on casino websites like Avalon78, or PlayAmo.

The Wiz another great game developed by ELK Studios and it will take you on a trip in a magical world to collect obscure artifacts and brew potions. The game is a medium to high volatility slot with an RTP of 96.1% which means that you are able to win 96.1% of the whole bet at some point. Once you start playing you will see a playing board with five reels and four rows. The game comes with 178 different pay lines and six paying symbols which are connected to the game aesthetics as you can see wizard’s tools among them.

Besides the interesting theme and high-quality graphics, the game has special features which make it even more satisfying, for instance, The wild dragon might appear in any spin, and when he does he sets all artifacts that he is connected to on fire and carries a random multiplier, reaching from two to five, which he applies when he is part of a pay line or the dragon which turns into a walking wild when he appears in a Wizspin. He carries his multiplier as he moves leftwards reel by reel, and it is activated for every pay line that he participates in. Not only will the dragons increase the win amounts but they also put the Wizspins on hold until they all have left the screen to the left. The Wiz also is one of the ELK Studios crypto casino games and you can play it on online casino websites like Bitstarz, or Avalon78.

First of all, the content of the games is well thought and very creative. Each game has an individual theme and interesting characters. You can travel in various magical worlds with the characters and even read their backstories and goals in the game descriptions. Having a goal while playing makes everything even more entertaining and intense. Having high-quality graphics and matching audio creates a satisfying environment and the result is that once you start playing ELK Studios slots it will be hard to stop.

Besides the impressive visuals, the slots are outstanding for the unusual playing boards with additional reels and rows which gives us various winning combinations. As we are living in the digital world, the fact that you can play developer’s games using cryptocurrency is very important too. Given the circumstances, I think that it will be completely fair to say that ELK Studios is one of the best slots providers in the world.

Can I play ELK Studios Games for free?

Yes, Demo versions of ELK Studios games are available, and playing the slots for free is the best way to properly rate them and choose the most suitable one for you. If you want to find free versions of all ELK Studios slots you should visit their official website.

Are the games developed by ELK Studios easy to play?

Because of many special features, you may think that ELK Studio games are complicated but, in fact, you just need to spin the reels and wait for the winning combination.

Playing ELK Studios games using cryptocurrency is completely possible if you use the casino website which offers both, ELK Studios slots and crypto services, on their website. Fortunately, there are dozens of casinos like that, for instance, 7Bit Casino, Bitstarz, or Avalon 78.