1×2 Gaming Slots Overview – Are Their Games Worthy of Trying? 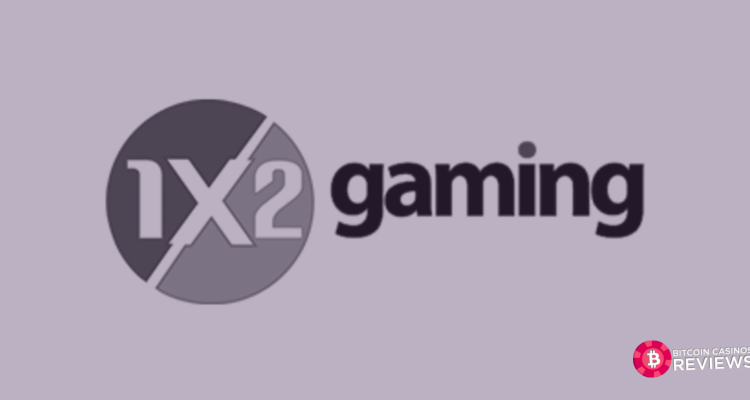 1×2 gaming is a software development company that was founded in 2002. The company focuses on video slots and it has released more than 65 slot games so far. 1×2 Gaming casino slots catch players’ eyes with impressive visuals, high-quality graphics, and creative content that makes the games more entertaining and satisfying. The eye-catching appearance is not the only thing that the games developed by the company have to offer to players. Fun features, which make games more intense, raise players’ chances to win a big money to the maximum level. The company’s slots can be played from any device, using almost any currency, including crypto. In this review, we are going to talk about Top 5 games released by 1×2 Gaming, which are: The Da Vinci Device, Sherlock’s Case Book, Book of Loki, Theseus Rises, and Stellar Ways. If you want to know what is so special about these games, then check the review below.

As I have already said, 1×2 Gaming has already released more than 65 games and each of them has an individual theme and creative content accompanied by high-quality graphics. All these create a very satisfying playing environment. I think, that almost all slots developed by 1×2 gaming are equally good and show the hard work of the company’s team. The case gets complicated when it comes to choosing the best games but I will still try to highlight the ones that are a bit better than others.

The Da Vinci Device is a 1×2 Gaming crypto slot that was released in July of 2019. The game is a medium volatility slot with the RTP of 96% which means that the players are able to win 96% of the total bet at some point. The slot lets you step into the amazing world of genius painter and inventor – Leonardo Da Vinci. Once you start Playing you will see a classical playing board with five reels and three rows and working mechanisms on both sides of the reels. The game comes with 243 pay lines and eleven paying symbols to get the winning combinations. 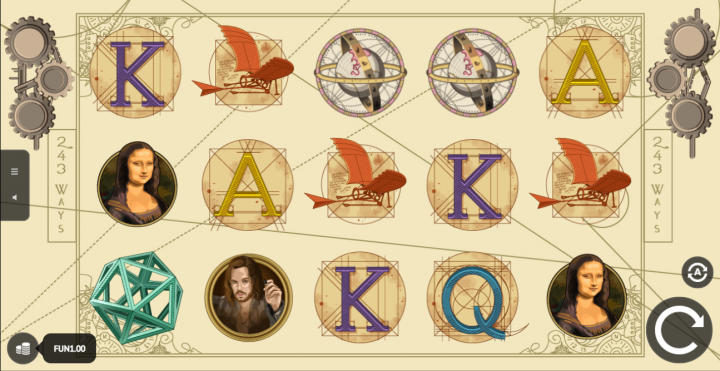 The paying symbols also are connected to the aesthetics as you can see paintings and inventions of Da Vinci as the higher paying symbols, and ordinary cards from Jack to the Ace painted in the style of well-known artwork of Leonardo, The Vitruvian man, as the lower-paying symbols. Except for the regular symbols, the game comes with some special cards that trigger the unique features of The Da Vinci Device, for example, a wild card, with The Vitruvian Man on it, can substitute any paying symbols in the winning combinations. Besides the wild cards, there are scatter symbols that trigger the free spins feature, each reel has individual scatter symbols that come with different rules. The wild symbol, in the free spins feature, acts as the multiplier too.

Sherlock’s Case Book is a 1×2 Gaming Bitcoin slot that has quickly gained the love of players from the moment it was released. The game is a medium volatility slot which means that the time between the wins and the amount of won coins is pretty much balanced. RTP of Sherlock’s Case Book is 96% which is not overly generous but still is considered a high number. Once you start playing you will find yourself on the street of nineteenth-century London where everything looks suspicious and mysterious. The game comes with 25 different pay lines and a classical five reels three rows playing board. 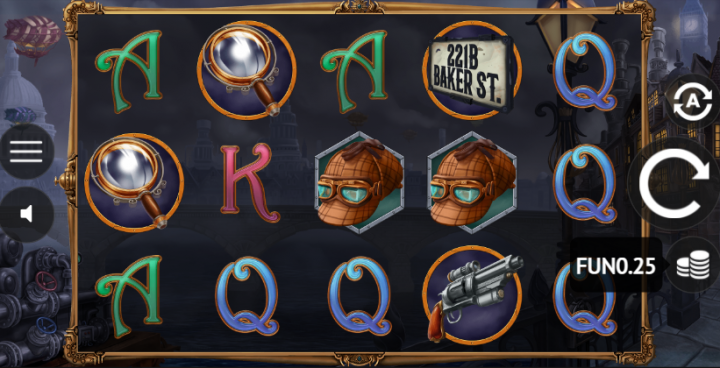 The lower-paying symbols are ordinary cards from Jack to the Ace while the higher-paying ones are the tools related to Sherlock Holmes. Besides the ordinary symbols, there are some unique cards that make the game even more interesting and entertaining: The scatter symbol, which appears in the main game, triggers 10, 15, or 20 free spins if you are lucky enough to get three, four, or five of these symbols on the display, the wild card can replace any other playing symbol in the pay lines, and a special wild card which appears only in the free spins feature and except for substituting other symbols, sticks to the reels to multiply your win.

Book of Loki is another 1×2 Gaming BTC slot that has become almost instantly popular with players all around the world. The game is a high volatility slot with the RTP of 95.8% which is not a high number but it does not stand over the edge either. The main character of the game is Loki – a Scandinavian god of chaos. Once you start playing, you will see a classical playing board with five reels and three rows and the symbols that are connected with Scandinavian mythology. 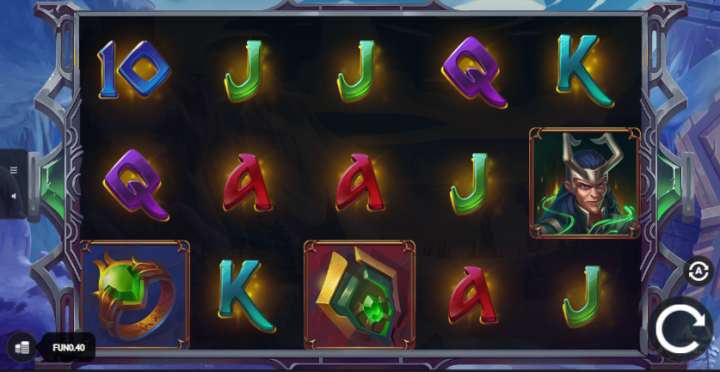 Book of Loki comes with 10 different pay lines and nine paying symbols to get the winning combinations. The game also has special cards that trigger the unique features of the slot. The wild card can substitute any paying symbols in the winning combinations, and the scatter card either awards 10 free spins, or a certain amount of coins if you are lucky enough to get three, four, or five of the scatter symbols on the reels.

Play This Slot on BAO Casino!

Theseus Rises is another great 1×2 Gaming crypto casino game that has the aesthetics of mythology. The main character of the game is Theseus, who is a demi-god and a hero in Ancient Greek mythology. Hero defeated the minotaur – An ancient monster with the head of the bull and the body of a human and won the heart of the beautiful princess of Creta – Ariadne. Theseus Rises is a high volatility slot which means that you may have to wait long until you win, but once you do, the prize will be worthy of waiting. RTP of the game is 96% which means that the players have an opportunity to win 96% of the whole bet at some point.  Once you start playing you will see a beautiful garden of the Cretan king’s castle and a playing board with five reels and four rows. 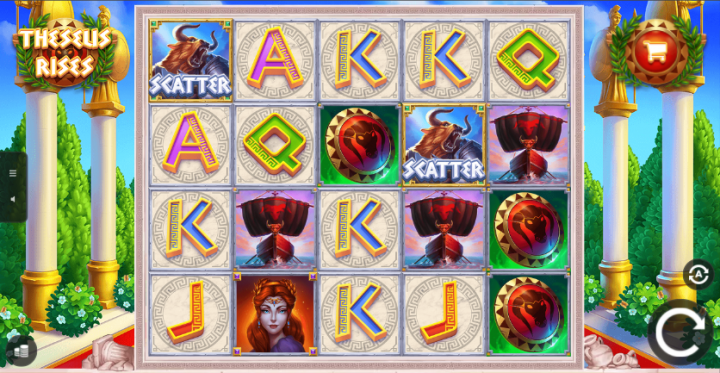 Theseus Rises comes with 1024 different pay lines and ten paying symbols to get the winning combinations. The symbols are also connected to aesthetics as you can see characters of Greek mythology and Hellenic patterns among them. Besides the ordinary symbols, there are some special cards in the game, for instance, the wild card with Theseus on can substitute all paying symbols in the winning combinations, the bonus symbol will trigger the Labyrinth Chase Bonus if you are lucky enough to get three or more of these symbols on the display, the scatter symbol, which has the minotaur on it, trigger free spins bonus feature, and the mult symbols help increasing the multiplier during the free spins bonus. It is also noteworthy that the game comes with collapsing reels which raises players’ winning chances even higher.

The last member of the best 1×2 Gaming slots list is Stellar Ways, which will definitely find the place among your favorite slots if you are a person of science. The game is a medium to high volatility slot and the RTP is 96.1% which is not a high number but it does not stand over the edge either. Once you start playing, you will see a beautiful background of the galaxy and a classical playing board with five reels and three rows. The game comes with 486 different ways to win and seven paying symbols to get the winning combinations. 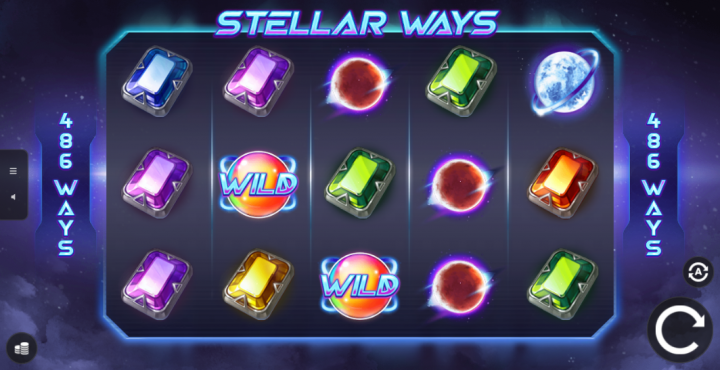 The symbols are also connected to aesthetics as you can see planets and sparkling stones among them. The game comes with the very special wild card which, except for substituting all the paying symbols in the winning combinations, acts as the expand symbol and also triggers the free spins feature. The wild card only appears in the second, third, and fourth reels but it is enough to raise your winning chances to the maximum level.

All of the 1×2 Gaming slots have an individual theme and creative content which is accompanied by high-quality graphics and everything, combined with the special features of the game, creates an unforgettable environment. The main reason why their slots are so satisfying is that most of the games are based on familiar stories and come with classical playing boards. The feeling that you are related to the game makes the playing process much more entertaining. Another special thing about the games developed by 1×2 Gaming is that they can be played using any device and betting almost any currency, including crypto, which is the revolutionary currency of our age.

Can I play 1x2 Gaming slots for free?

Demo versions of all their slots are available on many websites and, thanks to its amusing features and high-quality graphics, playing them for free is almost as entertaining as betting.

Are the games developed by 1x2 Gaming easy to play?

because of many special features, you may think that slots released by 1×2 Gaming are complicated but, in fact, you simply need to spin the reels and wait for the lucky combination.

If you find a casino website that offers both, 1×2 Gaming slots and crypto services, to its users it is completely possible. You can visit, for instance, 22Bet, PlayAmo, or BAO casino.