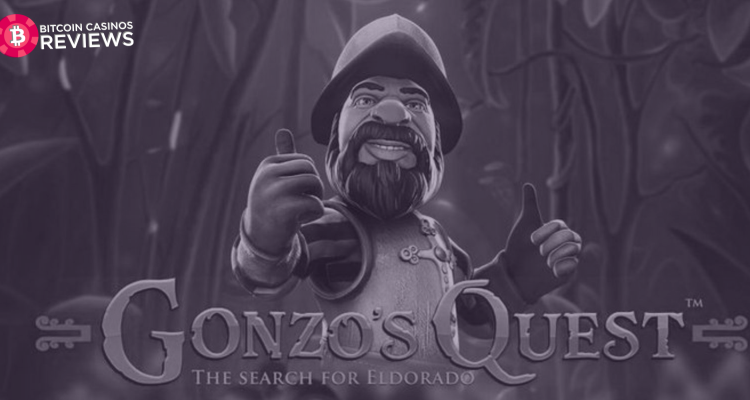 If you love playing slots, there is a game, which you should definitely check. In This Gonzo’s Quest review, we are going to talk about every feature of the game. Gonzo’s Quest is a slot game released by NetEnt in 2011. It has both a gambling mode and a free spin mode and you can play the game on your mobile browser as well as on your desktop mode. RTP of the game is 95.97% as published by the developer, but in the game rules, you will find it rounded to 96%. The volatility of the game is medium to high. That makes Gonzo’s Quest a good catch for people who want to win big prizes. Once you start playing, you will see 5 reels and 3 rows on the screen. Another great addition is that Gonzo’s Quest has 20 winning pay lines. There are some unique features and a bonus round too. The game is pretty easy to play. As in most other slot games, you just need to spin the reels, but there is much more work put into the content. 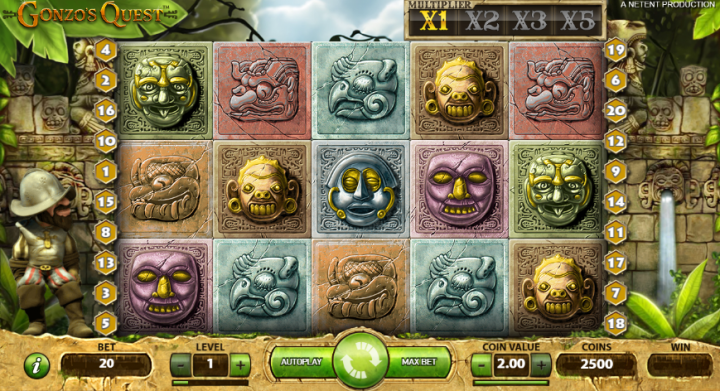 The slot uses 3D graphics and a pastel palette. Gonzo’s quest has a thematics of old American civilizations. Gonzo is a conquistador, who stoles a treasure map and is looking for the lost city of gold – Eldorado. The character is based on a real person – Famous Francisco Pizarro’s brother, 16th-century Spanish conquistador – Gonzalo Pizarro. As we all know, Spanish conquistadors had a drastic influence on old American civilizations, so the theme of the game was not acceptable for some people, but the fact is that the visual of the game is very colorful and entertaining. Symbols have golden elements in them which are logical as Gonzo is looking for the city of gold. Gonzo’s Quest free spin symbol is completely golden. In the background, we can see an American-Indian temple, which is also made of gold. Gonzo’s impression does not change much in the gaming process, but when you win he jumps from excitement.

If you are looking for a great music accompaniment while playing, then this game is not for you. The audio is pretty simple. Gonzo’s quest has different sound effects for shuffling, winning, and bonus round. You can hear some Indian-American notes in the audio too. 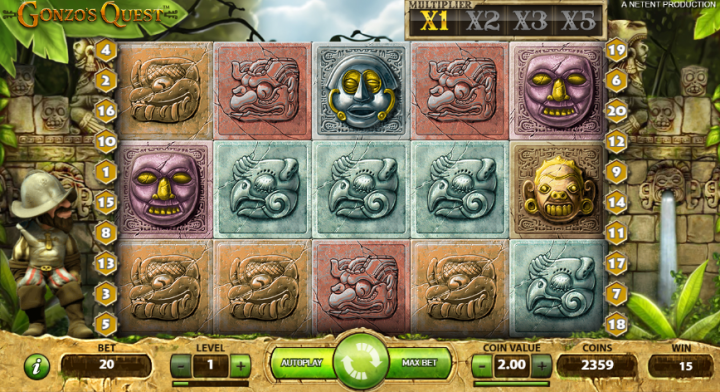 Gonzo’s Quest Rules – How Do You Play It?

If you have never played this game, You can use this review as your Gonzo’s Quest guide. In order to win a prize in Gonzo’s Quest, you need to succeed and get certain types of combinations. As we said earlier, Gonzo’s Quest has 20 different types of pay lines, which makes the game pretty enjoyable to play. Once you are ready to start, you simply need to press the shuffling button which is at the bottom of the screen. Every symbol has a different amount of money to offer if you win. The lowest one is the blue symbol. If you get 3 of them in combination, it will give you 3 coins. The highest symbol is also blue, but it has golden elements and gives you 2500 coins if you get 5 of them in the right combination. It is also possible to win free spins while you are playing, which makes this game even more satisfying. You need to get 3 free fall symbols in one line to activate 10 free falls. Like most of the other slot games, Gonzo’s Quest also has a wild symbol, which substitutes all symbols. You can recognize this symbol with the golden question mark on it. The slot has a multiplier that rises as we get more successful through the game. Before you start playing you should know, that only the highest win per bet line is paid. To sum up, Gonzo’s quest is pretty simple to play and is really entertaining. 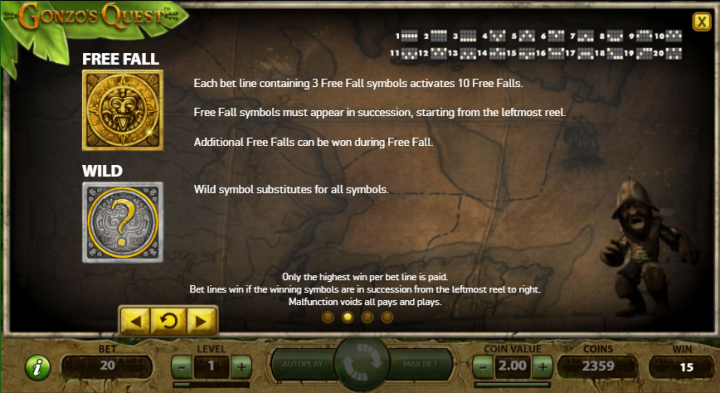 Unique Features And Bonus Round of Gonzo’s Quest

As I already said, Gonzo’s Quest is a pretty fun slot to play. Instead of spinning, the symbols fall in raws. When they fall and get you a winning combination, used symbols collapse and free the space for the new ones, which can make another winning playline. It means that you can win more than one time in one spin. If you win several times in a row, it will make your multiplier go high. This unique feature is known as “avalanche”. The multiplier increases with each new avalanche in the round.

The Gonzo’s Quest bonus round is basically to win free spins. In order to get 10 free falls, you need to get 3 free fall symbols in the right combination. When you get to that point, the board opens and frees the way towards Gonzo’s aim – The golden temple of Eldorado. Gonzo enters and the bonus round begins. The rules are the same but the avalanche multiplier changes. As usual, the scale of the multiplier goes from X1 to X5, but in the bonus round, it changes from X3 to X15, which means that you have a high chance to win a big prize. 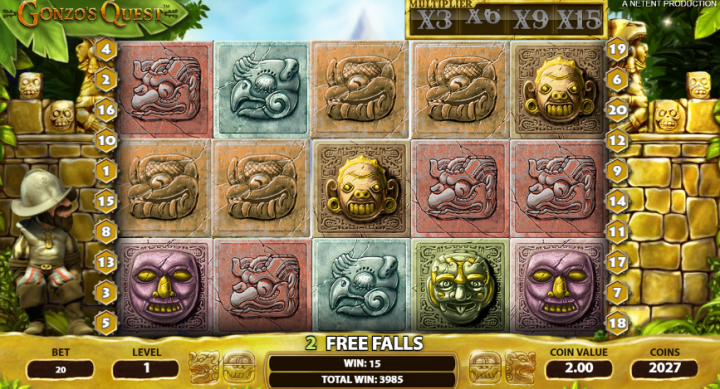 Casinos Where You Can Play Gonzo’s Quest

As one of the most entertaining slot games, Gonzo’s Quest has made thousands of people play non-stop. If you want to play Gonzo’s Quest, you can find it on several casino websites, for example:

What are the rules for Gonzo's Quest?

Just like other slot games, Gonzo’s Quest is very simple to play. You need certain combinations to help you win. The slot has 20 winning pay lines and 9 Symbols. Every symbol has a different amount of coins to offer you when you win, which changes from 3 to 2500 coins.

Is there a bonus round in Gonzo's Quest?

Yes, there is. When you get 3 free fall symbols in the right combination, it takes you to the bonus round where you have 10 free falls and the special multiplier, which makes your chances higher.